Year in Review
brought to you by
Trends 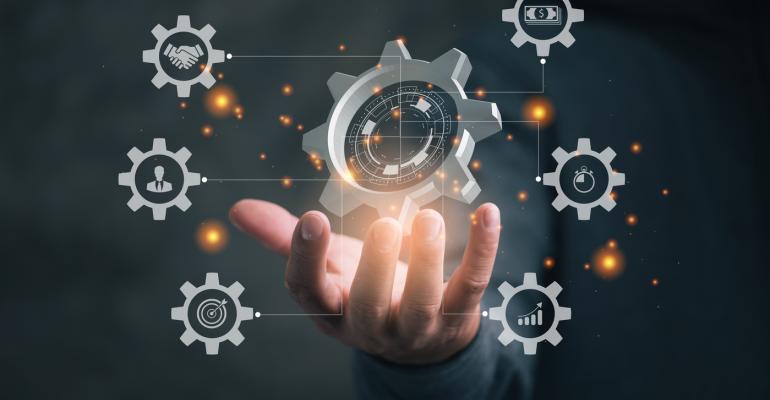 Managing IT Operations in 2021 Went Beyond Just the Tools

Managing IT operations for DevOps, CloudOps and AIOps workloads became increasingly important in 2021, and while the technology is critical, so too are culture and processes.

Technology on its own might be interesting, but its true power is often only seen in operations.

IT operations and management brings technology into active usage and manages it to benefit a business. In 2021, managing IT operations meant dealing with a few key emerging ITOps trends, including DevOps, CloudOps and AIOps.

AIOps Emerges as a Key Control Point for Cloud and Applications

Although it's a relatively new term, having been coined in 2016, AIOps emerged in 2021 to become a potential game-changer in how organizations can benefit from artificial intelligence.

Analyst firm Omdia forecast in early 2021 that the AIOps market will generate $2.3 billion globally by 2024, which is a far cry from 2020, when the AIOps market was worth $913 million. At the Interop Digital IT Automation virtual event in June, Roy Illsley, chief analyst at Omdia, argued that AIOps is the missing piece for hybrid and multicloud operations. With organizations being resource-constrained during the COVID-19 pandemic, the need to automate with AI has become increasingly important, according to Illsley.

Because of the growing importance and demand for AIOps, the number of competitive AIOps tools and services grew as well in 2021, including offerings from vendors BMC and Splunk, among others.

CloudOps and FinOps Bring Operational, Financial Discipline to the Cloud

The concept of CloudOps also became increasingly important in 2021 as organizations turned to the cloud more during the pandemic. As cloud usage grew, many organizations realized that simply moving to the cloud wasn’t enough; they needed to be able to manage how resources are used and what they cost.

The related concept of FinOps, which is all about cloud cost optimization and managing the financial costs associated with cloud, was a hotly debated topic during the year. At the center of the debate was venture capital firm Andreessen Horowitz, arguing that when not managed properly, cloud is often more expensive than managing on-premises resources.

As a result, the discipline of FinOps emerged as a big trend in 2021, providing a structure for managing and optimizing cloud costs. A key observation that J.R. Storment, executive director of the FinOps Foundation, shared with ITPro Today earlier in the year is that cloud cost optimization isn’t just about least cost.

Tools Matter, But Culture Is Key for DevOps

In the world of DevOps, tools are a critical component, with continuous integration/continuous deployment (CI/CD), code version control and software lifecycle management technologies.

For DevOps to work effectively, the team needs to have a high degree of trust in the automated process that enables DevOps. Trust comes from not only having effective tools but confidence in the people who deploy and manage the automation tools.

"We know the last 18 months have certainly accelerated the need to have a digital environment, and you can't do all or any of that really without automation," Jayne Groll, CEO of the DevOps Institute, said during a June virtual event panel.

The 2021 State of DevOps Report also emphasizes the need for having the right culture if DevOps is to be effective.

"It's not just about the tech that we're all sort of neck deep in," said Nigel Kersten, field CTO at Puppet, when the report was released. "It's about the people interactions around technology, and that ultimately is the limiting factor for most organizations."

In the final analysis, it's clear that when managing IT operations, bringing technology – whether it’s AI, cloud or developer tools – together with operations is the key to successful outcomes. What became apparent in IT operations in 2021, though, was that pairing with operations isn't always easy and often requires organizations to have a strategy in place that defines goals, enables collaboration and establishes an IT culture around operationalizing technology.