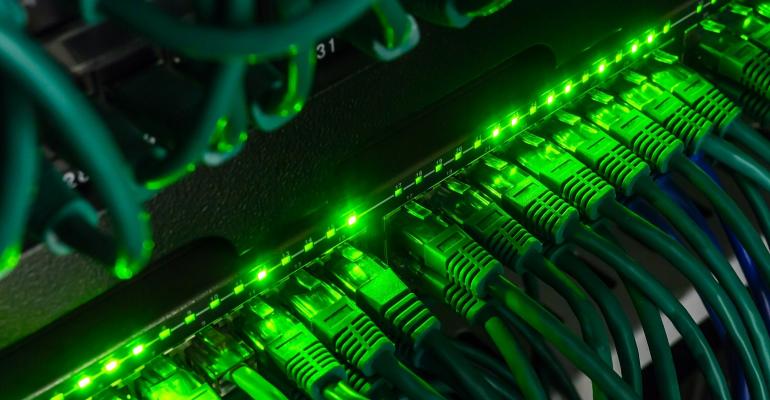 The greener your servers, the less impact they will have on the environment — with the bonus of saving your organization money.

Reports that data centers are responsible for the planet's imminent demise may be exaggerated. But still, it's not as if servers are helping on the climate change front. They consume pretty significant amounts of electricity. They also contribute substantially to e-waste when they are discarded.

Those are both excellent reasons to embrace the "green server" movement, which encourages IT organizations to minimize the environmental impact of their server hardware. And if combating climate change isn't motivation enough for you to go green with your servers, you might be persuaded by the fact that green servers are also likely to save money by maximizing the efficiency and lifetime of your hardware.

With those goals in mind, keep reading for tips on how to deploy green servers.

What Is a Green Server?

There is no official definition of a green server, or specific criteria that a server needs to meet to qualify as "green." But in general, a green server is one that:

Again, when you achieve these goals with your servers, you not only reduce their impact on the climate, but you are also likely to save money.

Tips for Building a Green Server

How can you design and build a green server (or, for that matter, a green PC)? Consider the following tips.

The smaller your server, the more servers you can fit in a given physical space. This translates to fewer building materials required to house your hardware.

So, when designing individual servers, as well as server racks, remember that less is more. While it's important to plan for potential expansion in the future, don't go overboard. Resist buying a 48U server rack unless you truly think you'll need it, for instance.

There are many factors to consider — like price and performance — when sourcing CPUs for a server.

If you want to build a green server, add power consumption and energy efficiency to your list. Not only do power-hungry CPUs consume more electricity directly, but they also tend to output more heat, which leads to higher energy costs for cooling.

CPU power consumption rates vary significantly. Do your research to figure out which CPU is the greenest for your workload requirements and budget.

They also use energy more efficiently, which makes them great for building green servers.

Smart hardware design is only part of the battle for building a green server. Equally important is how you distribute workloads on the server.

In most cases today, you'll likely want to run your workloads either inside of virtual machines or containers, rather than running directly on bare metal.

In general, containers consume less electricity than VMs — which makes sense, given that containers don't require a hypervisor or guest operating systems. On the other hand, VMs can be energy-efficient if you orchestrate them strategically, in such a way that ensures that resources are shared efficiently between them.

So, when deciding how to deploy your workloads on a green server, the question to ask isn't whether to use containers or VMs. It's whether you are able to manage and consolidate VMs in a way that is efficient enough to deliver the same levels of energy efficiency as containers.

No matter how efficient your VMs or containers are, you'll be wasting energy if you have more physical servers running than you need. Make sure to monitor your hardware resource consumption and determine when servers are running unnecessarily.

If you find that you are regularly running more servers than you need, or that your workloads fluctuate significantly in demand, you may be able to achieve a smaller carbon footprint by running your workloads in the cloud instead of using on-premises servers.

Not only do cloud data centers tend to use energy more efficiently than local hardware due to economies of scale, but they can also reallocate resources more efficiently in response to shifts in workload scale.

A green server is a server that remains in use for as long as possible before being decommissioned. To keep servers running longer, maintain and replace components (like disk drives and fans) that are likely to fail while other components remain usable. You don't need to throw out a server just because one of its disk drives died.

Keep in mind, too, that Moore's Law died a long time ago. Computing hardware is no longer increasing rapidly in power and efficiency every couple of years. As a result, you don't need to replace your servers every few years just to keep up. There is no reason why a properly maintained server can't remain operational for a decade or longer while remaining on a par performance-wise with newer hardware.

Whether you no longer need on-premises servers because you've moved to the cloud or because the servers have simply reached their end-of-life, one of the worst things you can do from a climate perspective is throw them away. Instead, consider giving or selling them to an organization that will reuse them, such as exIT Technologies or ServerMonkey.

Conclusion: Factor in Sustainability Early On

Creating green servers is easier than it might seem. You don't need special hardware or special expertise; you just need to factor sustainability into the way you design, use and maintain your hardware.