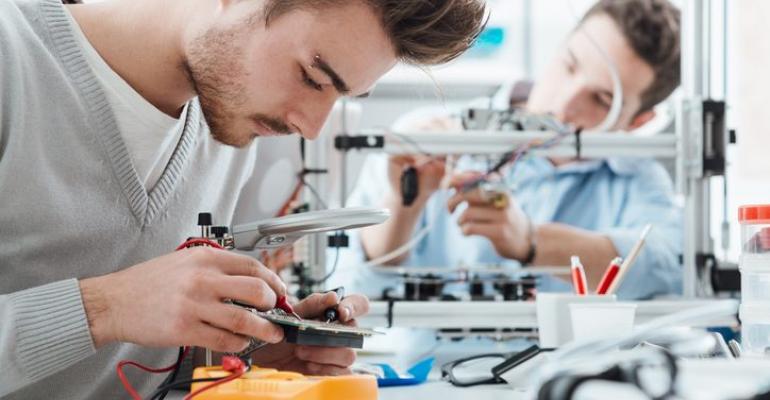 Teaching Youth about AI and IoT through Hands-on Learning

What if we could make the next generation active creators of technologies such as AI and IoT instead of passive consumers?

“I hear, and I forget. I see, and I remember. I do, and I understand.” —Confucius

Many tech elites have banned or at least curtailed their children’s use of computing technology.

In 2017, Bill Gates decided to cap the amount of time his daughter spent playing video games.

In 2011, Steve Jobs told a New York Times reporter that he didn’t allow his kids to use the new iPad. “We limit how much technology our kids use at home,” Jobs told a reporter.

And across Silicon Valley, schools such as the Waldorf School of Peninsula prohibit or strictly limit children’s use of technology remain popular with tech worker parents.

[Smart Home Summit is the conference that focuses on interoperability, cybersecurity and the future of the smart home. Save $200 on your conference pass with VIP code “IOTWORLDTODAY.”]

But technology is a double-edged sword. Yes, there are many problematic stories of children staring at screens for hours every day, who have all but cut out physical activities or even traditional pastimes such as playing board games. But there are also kids whose involvement with technology is creative and enriching rather than passive.

Returning to the example of Bill Gates, as a child, he snuck out of his parents’ house to visit a computer lab at the University of Washington. The formative experience played a role in his founding of Microsoft, while mentorship from investor Warren Buffet provided him with business and life lessons.

Gates may be an outlier, but his experience of learning from technology at an early age and receiving mentorship shows the power of hands-on learning supported by mentorship.

At XLab (online at www.myxlab.io), that’s the type of outcome we hope to achieve. We’ve created an online platform that delivers purpose-built DIY projects designed to help kids learn about cutting-edge technologies like AI and IoT and AR/VR in a fun way while supporting and guiding the XLab kids through a mentor support system.

Hands-on learning where kids explore, learn and build with guides rather than teachers is the most effective way for kids to connect and learn, according to experts such as Jeff Sandefer, cofounder of the Acton Academy.

Some two-thirds of today’s children will eventually work with technologies in fields that haven’t been yet created. We need to reform our tech education system to ensure we are introducing cutting edge technologies to kids when they are young.

As parents, educators and responsible citizens, we must reflect on what’s our part in helping shape the future of our society. XLab is creating an online platform that delivers DIY projects to help kids learn about cutting-edge technologies like AR/VR, AI and IoT in a fun way while supporting and guiding the XLab kids with mentorship.

Kids today consume a lot of technology. The opportunity that XLab realized is to help kids understand the “what” and the “why” of new technologies that could help kids understand their enormous power and their potential impact on society. The idea of XLab came from Harshal Lakhia (19) and Ved Raval (16) who are technology students and enthusiasts. XLab is fueled by a few angel investors, advisors, partners and volunteers.

XLab’s core belief is with the help of the XLab community of parents, students, educators, mentors and partners we could create a robust foundation for these kids to innovate, explore and drive impactful change.

Today’s educational institutions are trying to incorporate new content and delivery methods, but they often struggle with resource shortages. As a result, it’s up to the community to determine how we can support and infuse our collective energies to help orient the next generation of humanity in the right direction. Doing so will require creativity and the willingness for both educators and children to experiment. As John Dewey said: “If we teach today as we taught yesterday, we rob our children of tomorrow.”

Carol Hansen is an advisory member to XLab and the UX/UI design lead at Zimperium. Shyamal Lakhia is an advisor and investor for XLab as well as a cloud client executive, federal at CDW Corp.