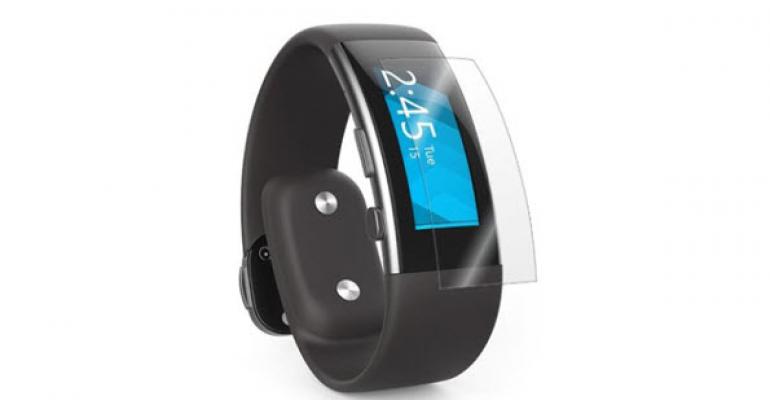 With Band v2 sporting Gorilla Glass 3, you’d think that the fitness wearable would be more invulnerable to scratches. So far, I’m happy with it. I have experienced no scratches at all, despite wearing it this past weekend while changing the brakes on my daughter’s car and while doing some bathroom remodeling construction.

However, I’ve heard reports and seen pictures from some unlucky folks who are already finding thin, spider vein-like scratches on the Band’s face. Band v1 required a screen protector, but now it appears that Band v2 might suffer from the same ailment – at least for some. I had already ordered a screen protector prior to my Band arriving, however it just arrived today. Does Band v2 need a screen protector? Well…that’s still up in the air, but in my opinion, you take precautions where you can.

I feel fortunate that the screen protector is here and just spent the past 5 minutes applying it to my Band. The same motley crew is offering Band v2 screen protectors as they did last time, but ArmorSuit is the only vendor so far to take the time to update their product images on Amazon. Additionally, when I wanted to place my order, ArmorSuit was the only available option. The others seem to have finally update their product titles, but still not the images.

And, due to the wider screen and Ambient light sensor relocation on Band v2, it can’t use a v1 screen protector.