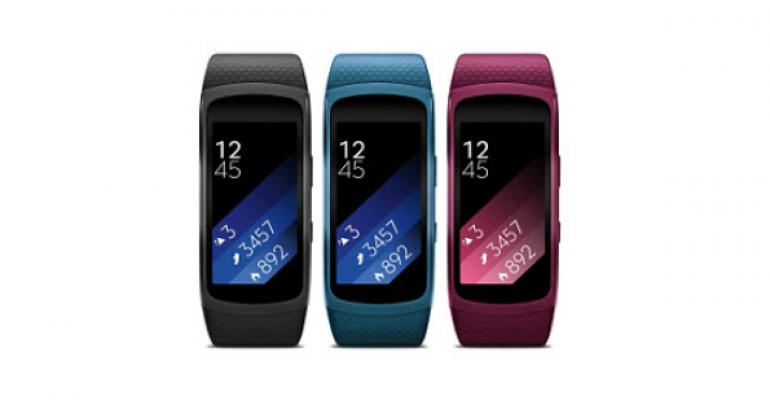 Is the Samsung Gear Fit 2 a Good Microsoft Band 2 Replacement?

Rumor is circulating that Microsoft wants to exit the hardware business completely. New details around the company’s potential exit from the fitness wearable hardware market, a new Windows 10 smartphone from HP, an InFocus built Surface Hub clone, and some Surface tablet/Surface Book-like knock-offs from Lenovo show that this might is not be out of the realm of near term possibility. Microsoft is planning a hardware reveal party at the end of October, and I’ve heard from sources that the company will be highlighting its partner’s devices as much as brandishing a new Surface all-in-one computer.

Do these occurrences show that the torch passing is already in motion?

Samsung’s Gear Fit 2 launched in June of this year. At the time I surmised how closely the fitness wearable mirrored the Microsoft Band 2’s look and style, but with different strap material and a few additional features that Band owners had been asking for such as water resistance, a vertically scrolling UI, and on-board storage for music. Now move on to a month after the Samsung device’s release and an update to the accompanying smartphone app adds Microsoft Health support. So, essentially, with that update you can use your Microsoft Band but have your data sync to Samsung’s S-Health service.

Samsung’s S-Health service is pretty horrible compared with the Microsoft Health dashboard/platform, but what if that sync was turned around? What if you could use a Samsung Gear Fit 2 but utilize the better Microsoft Health platform to store and review your fitness data?

In Microsoft’s supplied PR statement to pressers, it said that “We continue to invest and innovate in the Microsoft Health platform, which is open to all hardware and apps partners across Windows, iOS, and Android devices.” As we’ve seen over the course of the last couple years since Nadella took the company reins, Microsoft moves quickly into the Android space with its software and services. Except for the latest exploding Galaxy Note 7 fiasco, Samsung has been proven itself a worthy Android distributor and a strong leader in the smartphone innovation space. Could Samsung be the benefactor of Microsoft’s wearable hardware business? Or, did Samsung already know something in June about the future of the Microsoft Band when it released the Gear Fit 2 and just created something to accommodate that market? Has Microsoft and Samsung already been working together?

To make this work completely, though, Samsung would need to offer support for iOS and Windows – but it could do that instantly by making the Gear Fit 2 Microsoft Health app compatible, or giving up on its own terrible S-Health service/app in lieu of full support for Microsoft Health.

Additionally, considering Samsung’s Gear S3 smartwatch is due shortly, Microsoft and Samsung could team up and work together to fight the upcoming Apple Watch onslaught. Apple has even me considering strapping on a Watch 2. Apple may have finally done something here that even I can’t avoid due to the new fitness potential.

Anyway…its worth thinking about. It’s what I was thinking about during today’s run using my *ahem* Garmin Fenix 3 HR *ahem* instead of my *cough* Microsoft Band *cough*.

I’ll be strapping on the Samsung Gear Fit S2 soon to see how closely it might work as a full Microsoft Band 2 replacement. Already have experience with this wearable? Let me know your thoughts in the comments or on Twitter.