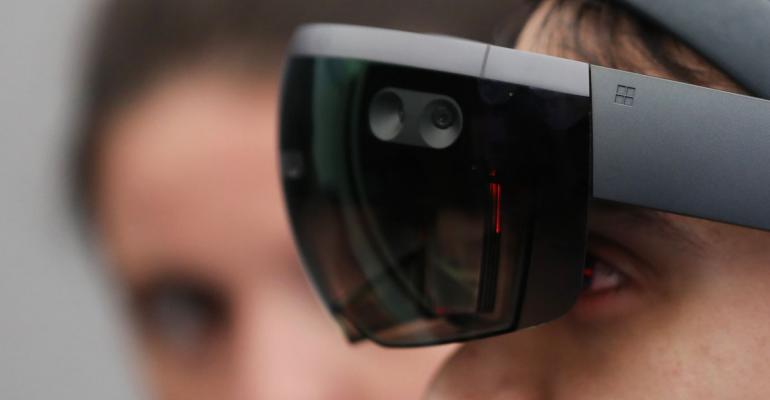 A group of Microsoft Corp. employees are demanding that the company abandon a $480 million contract with the U.S. Army to build versions of its HoloLens augmented reality headsets for the battlefield, the latest in a series of protests from workers at technology companies objecting to certain uses of the products they’re building.

(Bloomberg) -- A group of Microsoft Corp. employees are demanding that the company abandon a $480 million contract with the U.S. Army to build versions of its HoloLens augmented reality headsets for the battlefield, the latest in a series of protests from workers at technology companies objecting to certain uses of the products they’re building.

"We are alarmed that Microsoft is working to provide weapons technology to the U.S. Military, helping one country's government 'increase lethality' using tools we built,” said the workers in a letter that began circulating throughout the company on Friday. "We did not sign up to develop weapons, and we demand a say in how our work is used.” The authors did not identify themselves. On Friday afternoon, 50 employees had signed the letter.

The letter, addressed to Microsoft Chief Executive Officer Satya Nadella and Brad Smith, the company’s president and chief legal officer, comes just days before Microsoft plans to introduce the second version of the HoloLens, a head-mounted device that projects digital imagery onto the physical world. Microsoft has generally described HoloLens as a productivity tool for professionals in fields like architecture and engineering, or as an entertainment device. It has already worked with the U.S. and Israeli militaries for training applications but, as the letter points out, “it has never crossed the line” into weapons development.

In addition to cancelling the contract, the employees call for Microsoft to publish a policy explicitly laying out the acceptable uses for its products, and to appoint an independent ethics board to enforce it.

The pushback from tech workers at several companies has led to concerns within the government that it will be unable to keep up with the rapid pace of technological development in fields like artificial intelligence. Smith cited the need for the U.S. to have access to updated technology when he responded to these concerns. In a blog post, he said the company would continue to sell software to the U.S. military, but that employees with ethical qualms could move to different projects. In their letter, the Microsoft employees such a move was insufficient, because it “ignores the problem that workers are not properly informed of the use of their work.” The company referred to that blog post in its response Friday to the letter.

“We always appreciate feedback from employees and have many avenues for employee voices to be heard,” a Microsoft spokesman said in a statement. “We heard from many employees throughout the fall. As we said then, we’re committed to providing our technology to the U.S. Department of Defense, which includes the U.S. Army under this contract. As we’ve also said, we’ll remain engaged as an active corporate citizen in addressing the important ethical and public policy issues relating to AI and the military.”

Microsoft won the contract in November, as Bloomberg News first reported. It is intended to “increase lethality by enhancing the ability to detect, decide and engage before the enemy,” according to a government description of the program. The devices would likely incorporate features not included in the civilian version. In a document shared with companies that bid on the contract, the Army said it wanted the devices to include night vision and thermal sensing, as well as technology that could be used to monitor for concussions. It could eventually lead to the Army purchasing more than 100,000 headsets, which would exceed the total number of HoloLens headsets that have been sold to date.

Internal opposition has become a persistent issue for consumer technology companies looking to sell products for military and law enforcement use. Protests have broken out at large companies like Alphabet Inc.’s Google and Amazon.com Inc., and at smaller startups. A staff petition at Google last year pushed the company to retreat from a Pentagon contract that could have totaled up to $250 million.

Last year, hundreds of Microsoft workers signed a petition criticizing a contract with U.S. Immigration and Customs Enforcement that the company had originally said included some of its AI software. In October, a blog post purportedly written by Microsoft employees urged the company not to bid on a multi-billion dollar U.S. military cloud contract.