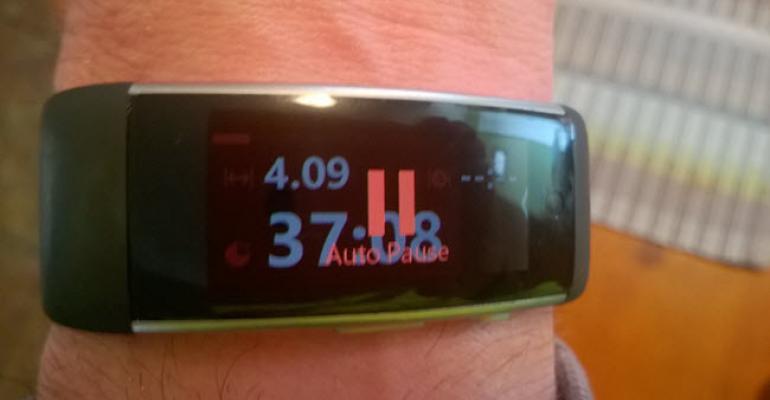 As part of the most recent update to the Microsoft Band 2, Microsoft included a cool update that, when enabled, senses when you’ve stopped your Run or Bike activity and automatically pauses your session. And, when you pick your pace back up again, it will also restart. This provides hands-free operation for your activities.

To locate the new Auto Pause feature on your Microsoft Band 2 and learn how to turn it on and off, see HERE.

After testing both GPS and non-GPS activities I have more to report on this new feature and provide some observations. It’s definitely a valuable addition to an already excellent fitness device, but there are some caveats for which you should be aware when using the new Auto Pause feature.

First off, it only works for the Run and Bike activities. Aside from that, it works in the following ways:

This 5-6 seconds of being motionless is the key to getting this function to work. If you’re one of those that jog in place waiting for a crosswalk sign to change, it’s not going to work. But, if you stop to talk with a passerby or biking mate, take a quick rest after a difficult interval in your run, or stop to snap a picture of a local landmark, Auto Pause will come in extra handy.

Those 5-6 seconds of being motionless and the 2 seconds waiting for the activity to start back up again currently aren’t factored into your overall time and pace. You lose those seconds. If you’re trying to keep a specific pace throughout your activity, you’ll want to pause manually because it will mess with the final output. Fortunately, with Auto Pause enabled you can still always manually pause any activity.

One additional caveat is that the pauses are not recorded. If you’ve been using Microsoft Band and the Microsoft Health dashboard for any length of time, you should be used to finding pause indicators on the Bing map when you’ve manually paused an activity. These are not captured with Auto Pause. In the following example, I purpously stopped 5 times during testing, yet there's no indication that I did.

Even with these caveats, the feature is a great addition. So, why wouldn’t you want this enabled all the time? Well, though not a significant amount, it does use extra battery. I monitored battery for both GPS and non-GPS runs with Auto Pause turned on against what I’m used to seeing and the battery consumption is about 2-3% more. Again, not significant, but for long runs or bike treks, it can add up.