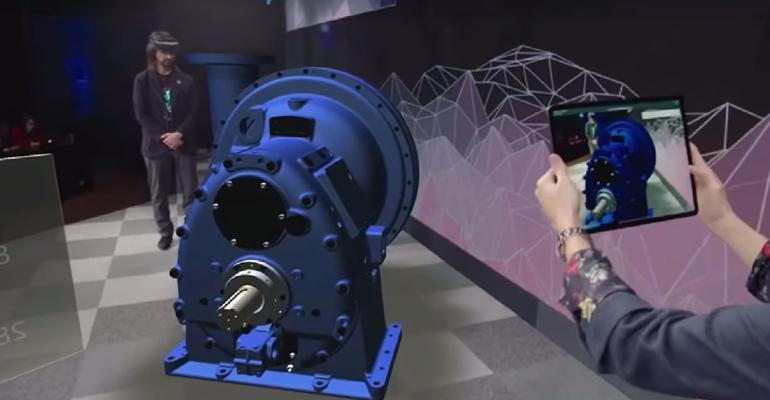 At MWC, the two companies highlighted pragmatic industrial and enterprise use cases of the new HoloLens headset.

Mixed reality and augmented reality may be enormously powerful concepts, but there have been few demos that capture the technologies’ potential to offer new immersive experiences. “Better and more transparent hardware, coupled with more compelling use cases, is needed before further progress can be made [in augmented reality],” concluded Gartner last year.