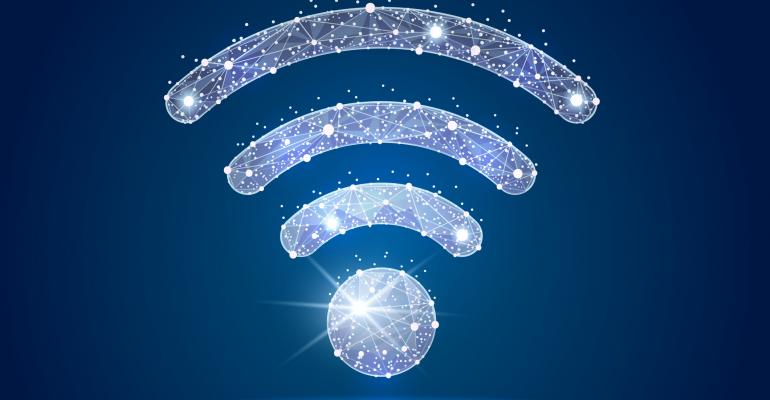 At an event Tuesday, the search giant showed off the Nest Home Mini speaker and Nest WiFi, a redesigned version of the Google WiFi home router system.

(Bloomberg) -- Alphabet Inc.’s Google introduced an updated home speaker and Wi-Fi routers on Tuesday and put them under its Nest smart-home brand.

At an event Tuesday in New York focused on the launch of Google’s new Pixel phone, the search giant also showed off the Nest Home Mini, a second-generation version of the Google Home Mini that adds an improved speaker for better music playback, a chip for voice command processing, and a wall mount. It also a redesigned version of the Google WiFi home router system, now called Nest WiFi.

In a demonstration at Google’s headquarters last week, the Nest Mini presented much-improved audio clarity, bass and fullness compared with the previous generation. The on-board processing chip allows Google to load frequently used commands from the cloud directly to the device, meaning some tasks related to music playback and smart home automation will take less time. The device is also now made from recycled fabric and plastic and comes in a new light blue color. The speaker remains $49.

The new wireless routers continue with the previous design, with a mesh system that includes a base router and access points that can spread the connection across the home to avoid dead spots. The main new feature is that the routers now double as Assistant devices, allowing them to respond to users’ questions and play music. The routers will be sold as a two-pack for $269 and a three-pack for $349, and they come in multiple colors.

Google started designing its own consumer hardware a few years ago to generate revenue growth beyond advertising. The home-grown gadgets also help the company control the distribution of its web services, reducing reliance on other hardware makers such as Apple Inc. and Samsung Electronics Co.