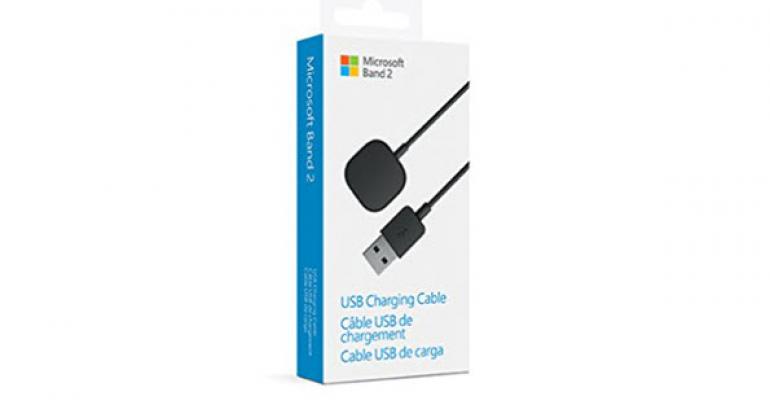 Getting an Extra Charging Cable for the Microsoft Band 2

Charging the Microsoft Band v2 now happens at the clasp instead of inside the wrist. The hope here is that, by moving the charging port, it won’t get corroded by sweat and break communications with the Desktop version of the sync app. This was a commonly reported problem with Band v1, and one that affected even me. I went round and round with support on this before one support rep went off-record to admit that it was a common problem. Microsoft support was reluctant to admit to the problem since it could’ve meant a costly mass recall. Microsoft never supplied a real fix for the Band v1, but instead chose to deliver the fix in the next iteration of the hardware (Band v2).

For those coming from the Band v1, you’re probably accustomed to having multiple charging cables. I have one that I travel with, one that charges on my bedside table, and one that I use to charge the Band at my desk. It might seem overkill, but I choose convenience every time.

Some of you might be the same. And, if so, Microsoft does offer the new charging cable as an add-on accessory, and it seems it will be a popular accessory as its already sold out on Amazon.com.

Here’s where to get it online…

Additionally, the cable should be available in Microsoft’s real-world, brick-and-mortar stores. The charging cable is $19.99.