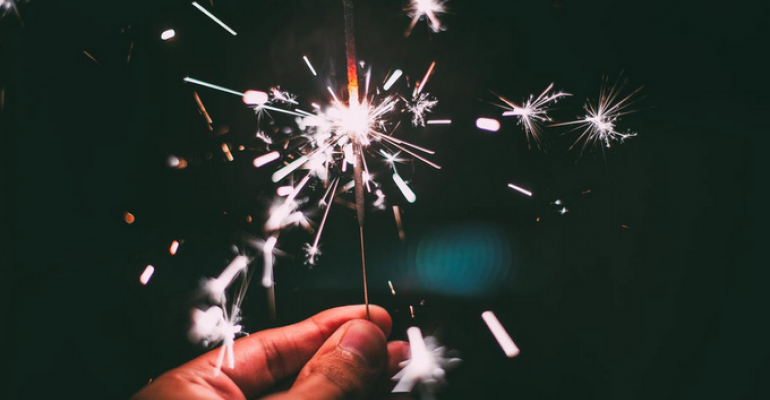 The Future of IoT Devices Is in Question

While IoT devices and technology were all you heard about for a while, the buzz has dimmed. Here's why and what developers need to know about the future of IoT.

Until very recently, the future of IoT seemed golden, but if you feel like you've been hearing less and less about the internet of things, you're probaby right. Is it just a matter of the future of IoT becoming the mainstream present of IoT, or is the fervor around the promise of IoT devices dimming? That's a question that many IT pros have likely been asking lately. To answer it, here's a look at current trends in the IoT ecosystem, as well as the challenges that IoT developers need to solve--pronto--if IoT is to keep growing as fast as analysts promised a few years ago.

In fact, according to Google Trends, interest in IoT peaked toward the end of 2016. Interest has ebbed and flowed since then, while slowly regressing toward pre-2016 levels.

Here's Google Trends's visualization of IoT "interest over time" during the past five years:

Google Trends represents only one data point--and a crude one at that--about IoT's popularity. And there is no denying that the ecosystem surrounding the IoT continues to exist and remain vibrant. There is no shortage of IoT-themed conferences this calendar year, for example, and there are tens of thousands of job openings that mention IoT skills. (Although my quick analysis suggests that many of them are for relatively low-paying customer service positions, not IoT engineering jobs.)

Still, by and large, IoT devices and technology no longer seem to command quite the level of interest that they once did. In addition, predictions about IoT's economic significance are not as heady as they once were. For example, consider Nest, the IoT darling acquired by Google, which turns out not to have a very impressive balance sheet.

And, whereas in 2017 analysts were predicting that the IoT market would be worth $457 billion by 2020, sources from 2018 forecast the market reaching only $318 billion by 2023. To be sure, predictions like these are ballpark figures, at best, but it is telling that they are shrinking despite a persistently strong economic climate during the past several years.

What explains the declining--or at least plateauing--interest in IoT? Here are a few of the major challenges that the IoT ecosystem must solve to achieve the dizzying growth rates that analysts promised circa 2016, at the height of IoT fever.

Some IoT devices also simply lack the power to be able to maintain a continuous Internet connection, even if standard networking is available to them.

It's relatively easy to deploy an IoT device; it is much harder to secure it and the data it sends and receives.

Indeed, examples of poorly secured IoT devices proliferate. Compared with PCs and smartphones, IoT devices and software have a long way to go to reach a reliable level of security.

The problem in this regard is not technological as much as it is cultural. Developers know how to secure IoT devices in most cases, but they sometimes simply don't bother because there is not a decades-old culture of IoT security as there is for PC security. Until relatively late in IoT's history, no one was trying to hack baby heart monitors or home security cameras. As a result, security has not been a paramount concern for IoT developers--at least, not in the same way that it has been for web or PC developers.

Or, in some cases, IoT developers do things like set publicly known default passwords on each device as a convenience to users, even though they know it is a security risk.

The culture surrounding security on IoT devices needs to change if the IoT is to keep growing at a fast rate.

A large part of the reason why PCs and smartphones have become ubiquitous is that they are driven by open standards. No matter who manufactured your laptop or your phone, you can use it to run almost all of the same applications or visit the same websites as you can from any other device, thanks to networking and programming standards that virtually all mainstream PCs and phones follow.

The same is not true with IoT. While organizations like the Open Connectivity Foundation are working hard to advance open standards for IoT, such standards are a long way from achieving universal adoption in the fragmented, proprietary IoT ecosystem. There is no Android operating system or Chome web browser for IoT. From this perspective, IoT today looks like computers did in the 1960s, long before a handful of operating system architectures, programming languages and networking protocols homogenized the market.

Eventually, I suspect that open standards will win over IoT. The history of computing suggests that openness and standardization usually prevail in the end within most digital realms. However, this change isn't likely to come about within the next year or two; it may take decades.

Will we still be talking about IoT five, 10 or 20 years from now? I think so. But I'm not convinced that IoT is on the path to achieving the level of greatness that IoT proponents were predicting a couple of years ago. To do that, IoT will need to solve some big problems in areas like networking, security and standardization--at a rate that is faster than it can probably achieve.