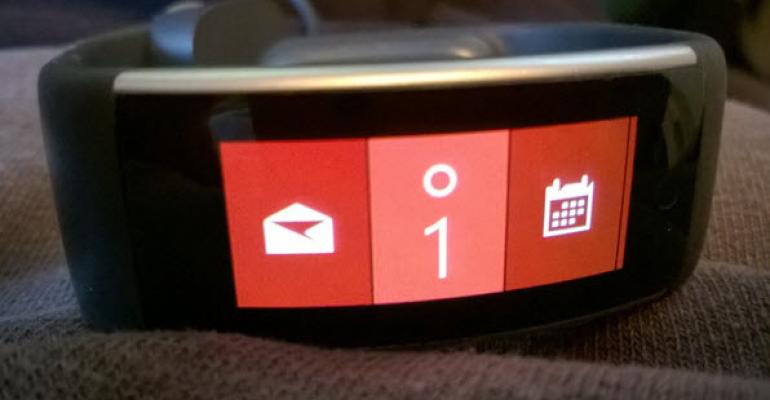 Fixes for Missing and Duplicate Notifications for Microsoft Band

Technology is a love/hate relationship for sure. When things work, they work famously and you’re proud to show off your shiny gadgets. But, when they don’t work, the feelings can range from immediately slightly annoying to a long-term disdain that results in abandonment. Usually there are fixes, but who really has the time, right?

The Microsoft Band is a fitness device first, but has a bunch of top-notch smartwatch features built in. Notifications is one of those features, allowing you to receive discrete, important messages across your wrist, delivered from your smartphone. Incoming calls, missed calls, emails, Twitter and Facebook notifications – the list is endless. And, you can customize Band to deliver as little or as much as you want.

But, remember, that even though the Band is one of the only wearables that offers functions that doesn’t require a smartphone to be in range, it’s still basically a dummy device when it comes to notifications. It only does what the smartphone tells it to do. Think of it like a printer. When a printer prints garbage or garbled characters you go back and identify the problem with the source (the PC or the printer driver on the PC). The Band is very much the same. So, if you’re having notification issues, go to the source. Look to your smartphone as the culprit of your notification problems.

You can, can perform a reset of the Band, but this probably won’t work for fixing notifications.

No notifications at all – This issue rears its ugly head primarily on Windows Phone, but can affect iPhone and Android, too, in rare cases. Rebooting the phone will usually fix this problem.

Duplicate notifications – This issue is most prevalent on the iPhone, but I’ve seen it happen on Windows Phone and Android, too. Every time your Band comes within Bluetooth range of your phone, you start receiving the same notifications you received last time. Clear out the messages from the notification center to stop the monotony.

Found a fix that should be included in this list? Let me know.