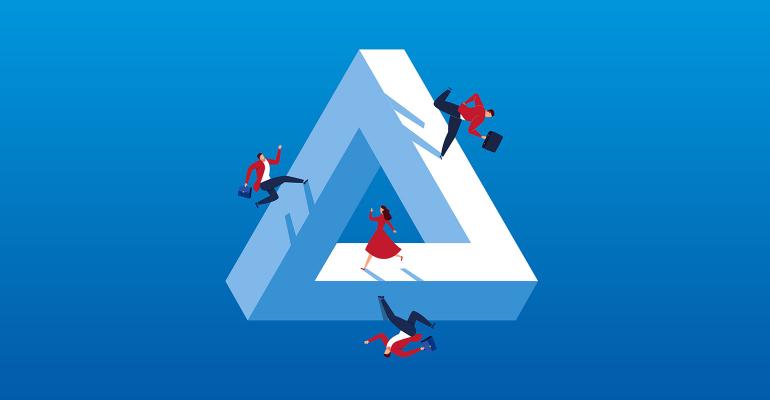 IoT business may have extraordinary potential, but unlocking its value requires having a practical business framework.

The potential for IoT business may be vast, but the signal-to-noise ratio surrounding the technology often leaves much to be desired. Sure, if you weed out the numerous surface-oriented articles on the subject, you can find heavy-hitting detail-laden treatises on the finer points of architecting IoT networks, designing IoT hardware and deploying analytics and data science tools to make sense of connected sensor data. But you won’t find much devoted to the subject of launching and sustaining an IoT business.

“You need the engineering perspective, but the value perspective is often missing,” said Bruce Sinclair, a consultant and author of “IoT Inc: How Your Company Can Use the Internet of Things to Win in the Outcome Economy.”

“You can’t start by going in and building a test lab, saying: ‘Let’s set up some radios and sensors and get it working,’” added Sinclair, who recently launched online training that lays out a value-focused IoT business framework. “Unless you start by thinking about IoT from a value perspective from the very beginning, you are going to have a very low probability of getting the ROI you are after.”

[Bruce Sinclair has been a featured speaker at Internet of Things World, the world’s biggest IoT event, bringing you the latest news and strategies for every vertical and technology. Get your tickets and free expo passes now.]

What is clear from talking to Sinclair — and taking his online training — is that there is a clear reason many organizations struggle to scale IoT projects ad achieve the desired ROI from them: Those projects begin as engineering experiments that could never escape that designation. And even the organizations that have emerged as IoT trailblazers are failing to capitalize on the technology’s potential to drive outcomes, which Sinclair calls “IoT’s killer app.” Sinclair calls this state “IoT purgatory,” which is something like a Catch-22: A team launching an IoT project and fails to do one of four things to demonstrate its value: either make an existing product better, improve asset utilization or operational efficiency, or invent a new IoT-driven product with business potential. While the team may succeed in meeting technical requirements, the project doesn’t offer a clear enough financial benefit to sway greater investment from the organization’s business leaders. Failing to see this, the team may then get to work on a series of new experimental IoT project that will have the same fate.

(Ed note: I received one week of access to the Iot-Inc Certified IoT Professional (ICIP) for review purposes. I completed the online course, which consists of technology, business, strategy and digital transformation segments, within that week. Each section is comprised of dozens of video lessons and a number of quizzes. Passing the training earns the credential, “Certified IoT Professional.”)

Another challenge is making sense of the chaotic IoT platform market, which is teeming with hundreds of options. Many organizations see the IoT platform as foundational to their project and will thus focus on it first. But in Sinclair’s “top-down” perspective, selecting a platform should not be the first focus. Instead, the priorities should be in the following order:

“Often people will choose the platform first because they think metaphorically and then we build on top of it,” Sinclair said. “But at least from my perspective, you work top down and then eventually you can determine the protocols you need, the APIs you need, the development environment you need, the analytics you need. And then you choose of your platform.”

Part of the problem is that there continues to be so many optimistic reports about IoT’s potential scope and business impact by 2020, 2025 or another year in the not-too-distant future, projecting that there will be tens of billions of IoT devices generating trillions of dollars of value in the not-too-distant future. One of the most recent examples of this is a recent World Economic Forum projecting that industrial IoT technology would drive up to $3.7 trillion in value by 2025 — equivalent to Germany’s GDP last year.

A mathematical demonstration showing the importance of data in driving ouctomes from the ICIP course.

While the big numbers contained in such reports are memorable, many business leaders who read such reports continue to view IoT as just another IT project instead of an opportunity to rethink their business. “It is similar to what happened when TVs first came out, and people would use them to ‘watch’ a radio show,” Sinclair said. “They are still using the new technology like they would the old technology.” But two of the greatest potentials for the Internet of Things is its potential to engender new inventions and innovations. “Look at what Apple did a decade ago with the iPhone. They launched a new product that now represents something like 70 percent of their revenue.”