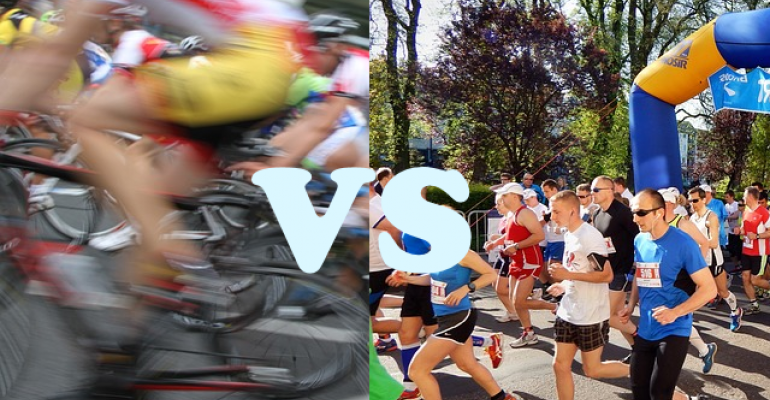 Cycling vs Running with the Microsoft Band

Last week we told you about the big update that Microsoft released for their wearable the Microsoft Band.

Among the additions made on the band was a new cycling tile to measure your exercise sessions on your bicycle.

Previously, the only way to measure cycling activity was to use the running tile on the Band which worked fine but still lacked the kind of information that differentiates the two activities.

So last night I took my updated Band out for a short cycling session so that I could compare the data it provides against a cycling session to that it gives when you cycle but measure the activity with the running activity tile like we had to do prior to last weeks updates.

First up a cycling session using the run tile:

As you can see the running tile focuses on your splits, average pace and still reports the duration, calories burned, average and ending heart rate from your activity.

When I used the cycling tile to measure my biking session I got all of that information but two additional items – my average and top speeds in miles per hour.

I imagine there are also some different calculations of calories burned based on heart rate and pace/speed of the activity since running and cycling are two very different styles of exercise.