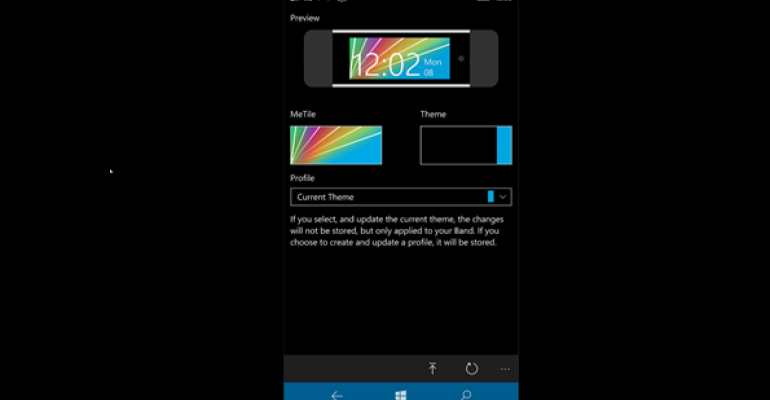 Personalizing the Microsoft Band tends to be one of the first things owners want to do after acquiring their wearable. Most fitness wearables allow for watch face replacements and app and widget add-ons, but the Microsoft Band stands among the few that allow for complete theme customization.

The stock Microsoft Health app allows some customization, but using 3rd party apps, Band owners can create entire themes which include color schemes and backgrounds that include images. Just last week, I talked about how to sync your Windows 10 wallpapers with your Microsoft Band using an app called Wallpaper Studio 10.

But, if you want some quick editing capabilities and the ability to export and import your creations, take a look at Band Styling.

Using Band Styling you can create a them and either apply it or store it to import later on.

Get it from the Window Store: Band Styling

The app is only for Windows Mobile.