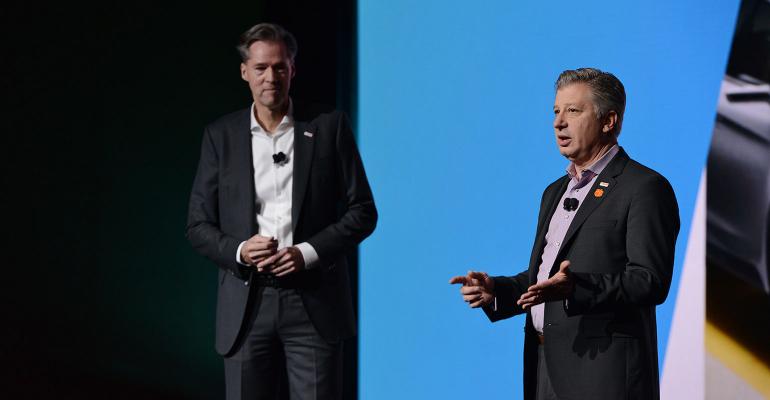 Bosch’s North American president sheds light on how artificial intelligence and the Internet of Things are changing how industrial companies innovate.

In the center of Bosch’s CES booth was the prototype of an autonomous electric shuttle with a slew of surprising features. Riders can open the door of the vehicle using a smartphone app known as Perfectly Keyless. Once in the vehicle, a passenger has access to a concierge service that can inform a passenger if, say, an upcoming flight has been canceled and which alternate flight they would prefer. The concept vehicle also was equipped with camera sensors that could detect if a rider is about to leave an object behind when exiting the shuttle. The same sensors can determine when the vehicle needs to have its interior cleaned.

Such experimental prototypes are important for an engineering-focused company like Bosch because of the feedback about the types of features the public, city officials and other demographic segments value. With the shuttle, the company wanted to “paint the picture of what could be,” said Mike Mansuetti, president of Bosch North America.