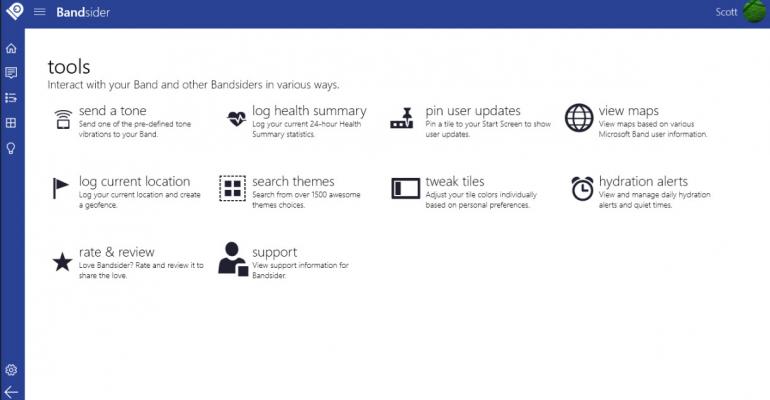 In private beta testing for a few weeks, Bandsider has now been officially and publicly released by developer Liquid Daffodil.

If you’re not familiar, Liquid Daffodil has been a long-time supporter of the Windows Mobile platform and has produced some very significant apps over the years. Some of the apps you might recognize like Cortanium (adds additional Cortana commands to Windows 10), Fanband (Microsoft Band backgrounds and themes), and Gleek! (Twitter app).

Here’s a sampling of the current feature set:

This app is ONLY for Windows 10 and Windows 10 Mobile. Windows Phone 8.1 users can’t participate. So, those that want to become part of this potential community of Band owners will need to upgrade to Windows 10 Mobile when available.