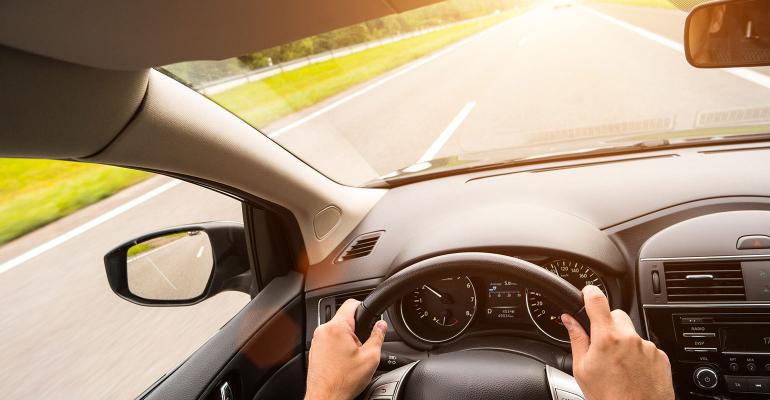 With ride-sharing and self-driving cars dominating the conversation about the future of transportation, Avis executive Arthur Orduña said the company is betting big on mobility on demand.

ATLANTA — Which industry springs to mind when you think of digital transformation? If you are like most people, your answer likely wasn’t the car rental industry. While the transportation sector at large has become emblematic of self-reinvention, the rental-car industry strikes many people as old-fashioned.

But the company’s future lies in mobility on demand based on connectivity, “the fabric of which is IoT,” Orduña said. “And the only way we are going to get there is through transformative, disruptive partnerships.”

Already, there are several notable examples of such partnerships. Last year, the company announced a collaboration with Waymo, the Alphabet autonomous vehicle subsidiary. Part of the agreement was that the rental car company will help manage a fleet of autonomous vehicles. In addition, the collaboration gives Avis access to autonomous vehicles. In a trial program near Phoenix, Avis sends self-driving Waymo vehicles to pick up and drop off its rental customers. The company has also introduced apps for Amazon Alexa and Google Home virtual assistants. In addition, a partnership with Lyft will give its drivers the ability to rent Avis cars via the Lyft app.

To be sure, the pressure for the car rental industry to transform is tangible. As ride-sharing has become ever-more mainstream, investors are wondering about the long-term prospects of car rentals. Avis-rival Hertz has seen its stock recently fall to $32 per share from $71 in March of this year. And Avis stock is now hovering around $28 per share — roughly half what it was in late October 2014.

The way forward, Orduña said, is to reposition Avis and its subsidiaries as providers of mobility on demand while deploying IoT to streamline its operations in the near term while providing a platform for future business models. To date, the company has connected between one-quarter and one-third of its fleet. As for the mobility on demand theme, Orduña said the company has the resources it needs to prove a new market. “We’re in 180 countries with recognizable brands,” he said.

The company’s future vision is to offer its customers a variety of mobility-as-a-service offerings. “We’re not just rental. How do we reinvent that into what people need, when they need it and how — in a vehicle that they may not own completely or traditionally?” Orduña said.

The company is also working to streamline the experience for car renters in other ways. If you arrived at an airport now to rent a car, you would likely have to hop on a shuttle to go to a rental center where you would likely wait in line to talk to an agent behind a counter. In the not-too-distant future, the company aims to allow you to select the car you want with an app and help guide you to the spot where it is parked. To make it easier to locate, you can flash the car’s headlights. The app also serves as a key to unlock the vehicle. Farther into the future, it’s possible that a self-driving car will offer you curbside-pickup.

A central aspect of Avis’s plan to enable such possibilities is the creation of API platforms it can use to test new business models — whether involving rentals or car-sharing — and partnerships quickly. “We have to fight this perception we have as a publicly traded company that we’re a dinosaur waiting for the comet to hit that has a big fat ‘Uber’ or a ‘Lyft’ on it,” Orduña said.

Another central element of the company’s plan to transform itself is its initiative to connect all of its rental vehicles by 2020. That connectivity can come in the form of embedded connectivity in the vehicle or via an aftermarket device.

Already, the company’s Zipcar subsidiary has a completely connected fleet.

The company is also testing connectivity of its traditional rental business at its mobility lab based in Kansas City. Presently, it has more than 5,000 vehicles of its fleet in the greater Kansas City area that are connected. “We wanted to see what it would be like if our entire fleet across all 11,000 locations were connected,” Orduña said.

Going forward, the company plans on connecting its fleet of more than 650,000 vehicles. “That means we will have to be active partners with municipalities,” Orduña said. The company worked with Kansas City to geofence certain areas to help guide its customers along their journey throughout the metropolitan area and, if they opt in, to personalize their experience. A Fortune article provides an example of a traveler who forgot to bring socks. In the future, they could be chauffeured via a self-driving Avis vehicle to a nearby retailer.

In the near term, the chief benefits of connectivity for the company will likely be improved planning and record keeping. The traditional method rental car companies have used — and continue to use — seems antiquated in late 2018. Rental car firms still keep tabs on most of the vehicles on their lot by sending employees out with a pen and paper to count them. This applies to both vehicles sitting on a parking lot or vehicles that otherwise need to be recovered. At present, rental companies occasionally need to track down vehicles that, say, have been towed away after a driver, say, parks in front of a fire hydrant. “Just being able to actually open up your dashboard is a good thing. You can say: ‘Where the hell is that Impala? Oh, there it is.’”