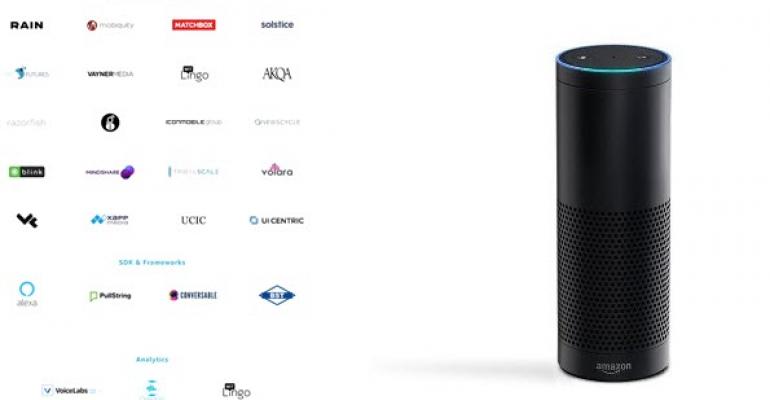 By all accounts, if you listen to the majority of the media, Alexa is a bonified hit for Amazon. And, as such, one would expect the online sales company to rest on its laurels. Whether or not Alexa’s popularity was a shock to Amazon – considering the company thought its Fire phone would be a mass market hit – the company is not taking Alexa’s adoption casually.

New third party skills release almost daily. According to recent stats, 493 new Alexa skills were created in just the last 7 days. But, even with these new Alexa extensions seemingly breeding on their own at a rate to rival Tribbles, Amazon wants to see Alexa’s capabilities improve even faster and in different directions. And, while the plethora of new skills are ever-growing, they are focused primarily on consumers. According to a new page and service Amazon has launched, the company believes the next step is to deliver Alexa as an interface that can revolutionize business.

Amazon has launched its Agencies page and service where organizations can go to locate partners that can build custom Alexa voice solutions around the needs of the business. Amazon has started with around 20 different agencies who are already providing Alexa capability services, but is seeking more.

For interest in becoming a provider, or locating one, go here: Find Experienced Skill Builders and Tools