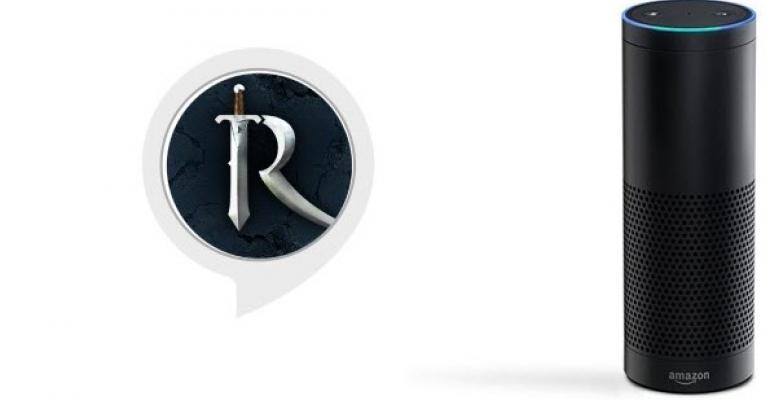 Alexa Skill of the Week: RuneScape Quests - One Piercing Note

Each week, we take a look at new and important Alexa skills you might want to consider enabling for your Alexa device. Amazon continues to improve Alexa with its own updates, but skills are software components that allow Alexa users to extend functionality across all Alexa-enabled devices in use for very specific functions.

Alexa is available for Amazon devices Echo, Dot, Tap, Fire tablets, and Fire TV, but also on iOS, Android, and the web with Reverb.ai.

Description: RuneScape Quests is a Skill (voice-controlled app) for Amazon's virtual assistant Alexa. It provides interactive audio-led adventure games, set in the world of the fantasy MMORPG RuneScape. One Piercing Note is the first piece of content available through RuneScape Quests: a captivating murder mystery, produced by Jagex Games Studio in partnership with Amazon.

Showcasing dramatic voice acting and atmospheric music wrapped in compelling audio gameplay, One Piercing Note is adapted from a classic quest from the PC game. Players become the voice of a courageous adventurer, tasked with solving a murder at the Abbey of St Elspeth. The crime scene investigation soon takes a turn for the unusual as dark, demonic secrets are uncovered in the seemingly serene abbey.

RuneScape Quests is available now from the Skills section in the Alexa App for Amazon Echo and all Alexa-enabled devices in the USA and UK.

Real world use: I usually offer up an Alexa skill that is more useful than fun, but this week I couldn’t pass up sharing this new RuneScape Quests - One Piercing Note Alexa-driven game. If you’ve been around computers for a while you might remember the text-based game Zork – where you’d type in directions, commands, and answers to questions to navigate a pretty sizeable but fictional and unseen world. RuneScape Quests - One Piercing Note is essentially the same style of gameplay, except everything is done using your voice instead of typing on a keyboard. You can play alone or invite others to join you on the quest while you all huddle around the blue glowing Alexa orb.

This Alexa game skill is one of the first of its kind, but is another great example of coming capabilities. It’s a fun time and definitely worth enabling and trying out.

After enabling the Runescape Quests – One Piercing Note skill, you can start the game by saying any of the following:

After the skill launches, you can use the following additional commands:

You can locate this skill in the Amazon Alexa app, or use the following web link: RuneScape Quests - One Piercing Note

Be advised: Though spoken and not shown, the game contains some violent scenes. Parental guidance is suggested.