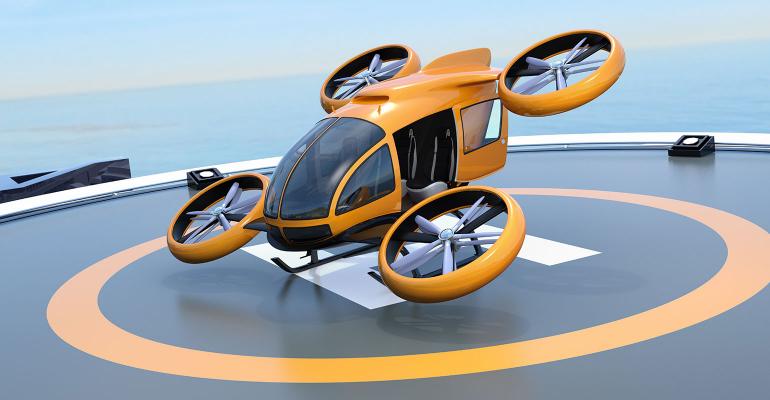 Companies like Uber are working to commercialize the flying taxi. We take a look at the factors that could enable or hinder such craft from achieving liftoff in the near term.

Uber is promising that flying cars are “closer than you think,” as a 2017 commercial spot for a forthcoming flying-car service put it. The company isn’t alone in that sentiment. At CES this year, Uber Elevate partner Bell unveiled a prototype for its Nexus vertical-takeoff-and-landing aircraft. And another Uber Elevate partner, Boeing, recently completed a test of its PAV, or passenger air vehicle. Other companies ranging from startups like AeroMobil to well-known companies such as Airbus and Audi to Rolls Royce have joined the effort to make the flying car a reality.

In an interview at CES, Robin Lineberger, the head of Deloitte’s Aerospace and Defense industry practice, concluded that such craft could be mainstream by the mid-2020s. Uber itself plans to launch “demonstrator flights” for the service in 2020 in Los Angeles and Dallas with a commercial launch scheduled for 2023.

Here, we take a look at the factors that could either speed or slow the reality of flying passenger vehicles: