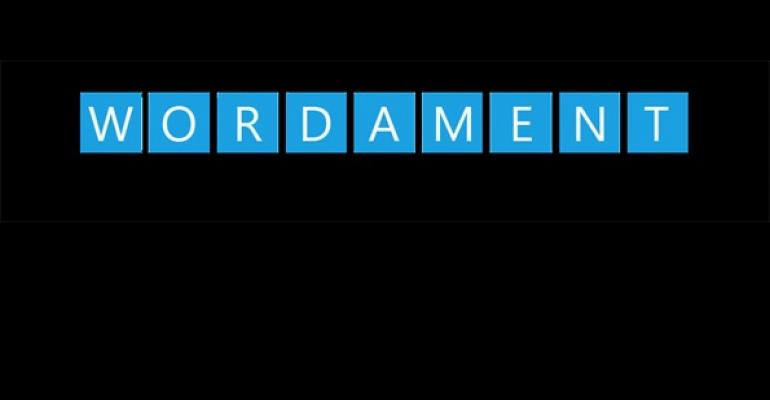 Sleeping with the Enemy: Wordament on iOS

Wordament on iOS isn’t a problem, but delivering Xbox LIVE Achievements on iOS is definitely a problem

Microsoft announced the release of Wordament for iOS on its Wordament web site. It works on iPhone, iPod touch, and iPad.

This release falls under the category Sleeping with the Enemy, which I coincidentally wrote about last week. In this case, we see Microsoft pumping up one of its own platforms—Xbox LIVE—and helping a competitor (Apple, which makes the iPhone, iPod touch and iPads this game runs on) at the expense of its other platforms, in this case Windows 8/RT and Windows Phone.

Why would Microsoft provide Xbox LIVE Achievements in Wordament on iOS?

I don’t know. But this is that slippery slope thing in a different guise. What’s next? Halo 4 for iPad?

An interesting side story here is how Xbox LIVE Achievements work across the different platforms. On the Xbox 360, a retail game can offer 1000 Achievement points at launch and then, through add-ons, up to an additional 1000 points. Xbox Live Arcade titles for Xbox 360—which are purchased and downloaded electronically can offer up to 200 Achievement points and can provide an additional 50 points via a separately downloaded add-on.

Microsoft began using Achievement points in Windows when it launched Games for Windows LIVE, and while there are relatively few titles that conform to this system, they follow the initial Xbox 360 retail game model, offering up to 1000 points per game.

In 2010, Windows Phone 7 became the first mobile platform to offer Xbox LIVE Achievement points, and those games follow the initial Xbox LIVE Arcade model, offering up to 200 points per game.

And in 2012, of course, Microsoft launched the Windows Store for Windows 8 and RT. These new Metro-style games, which are simply branded as Xbox LIVE (for Windows), are mobile titles like their Windows Phone compatriots, and thus also offer up to 200 points per game.

(Note: Some of these point totals have been uppped over time. Don't get bogged down in this.)

And now we have Wordament for iOS. Perhaps in a nod to its “testing the waters” vibe, it offers only 50 Achievement points, though I assume as a mobile title, it could offer up to 200 Achievement points. (The Windows 8 and Windows Phone 8 versions both offer 200 points.) (Perhaps not: It looks like free Xbox LIVE titles do typically offer 50 points.) It connects to the same servers and lets you play with the same players as do the Windows Phone and Windows 8 versions of the game. In fact, Microsoft claims that this title is “screen-for-screen identical” with the Windows Phone 8 version of the game.

This violates what I think of as a key aspect of the “sleeping with the enemy” strategy, which is that the ports you make to other platforms should not be as good as the ones that run on your own platforms. Sure, it’s just a game, so no harm, no foul. But … slippery slope. What if they followed this example with Office for iPad? Would that freak anyone out?

Wordament for iOS is an interesting milestone. The question is whether this is a flash in the pan or the start of some major new direction for the company.