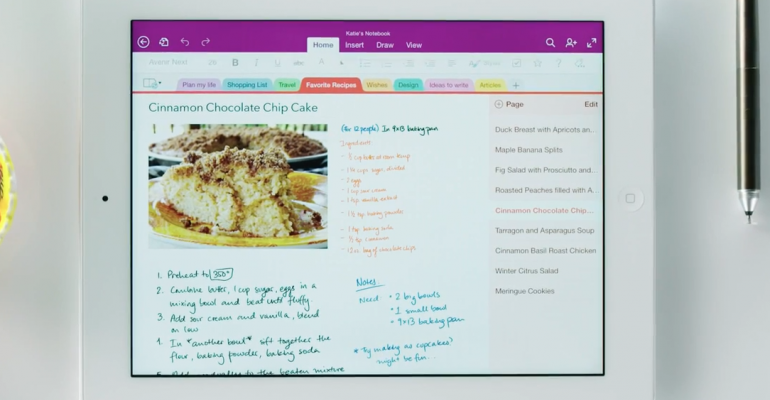 Inking has been one of the most requested features for OneNote on the iPad and it has now officially shipped according to a new blog post over at the Office Blog.

This new update also brings OCR recognition to the iPad version of OneNote which means that all versions of OneNote now support searching for text within images on every platform OneNote can be used including OneNote Online.

OneNote for Windows has supported inking since 2003, and we’re constantly working to make our interface more natural for note-takers. OneNote for iPad reflects lessons we’ve learned over the years by from studying and understanding how people use pens. For example, when you look at the Draw tab, you might notice that color plays an important role. We have continually found that serious note-takers just love their colors. And not-so-serious note-takers like them too!

According to the post, support for OneDrive for Business will be added in the near future including the ability to search images that are stored in your past notes.

Here are some sample screenshots of the inking capabilities now in OneNote for the iPad:

But, wait...there's probably more so be sure to follow me on Twitter and Google+.
TAGS: Office 365
0 comments
Hide comments
Related