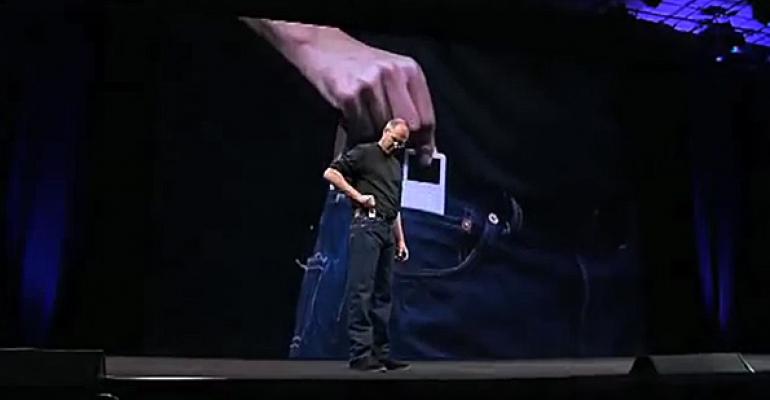 A federal jury in California has determined that Apple's efforts to undermine competitors to iTunes and the iPod a decade ago did not constitute antitrust violations and did not harm a class of consumers. The decision was reached after just four hours of deliberation.

"We created iPod and iTunes to give our customers the world's best way to listen to music," an Apple statement reads. "Every time we've updated those products, and every Apple product over the years, we've done it to make the user experience even better."

The plaintiffs in the case alleged that between 2006 and 2009, Apple artificially and repeatedly updated its iTunes software to prevent competitors from integrating their own services with Apple's successful iPod MP3 players. Apple argued that the changes it made to iTunes benefitted users and that any competitors who were harmed by this activity were "collateral damage."

The jurors agreed with Apple: Consumers were not harmed by Apple's iTunes updates, and the firm did not violate the Sherman Antitrust Act.

Apple was aided by the fact that the original two plaintiffs in the case were found during the trial to have not purchased iPods during the time period in question. But even with a last minute replacement, the case was narrowed in other ways as well. It didn't help that a chief witness couldn't summon any examples of how an iTunes upgrade harmed consumers.

"There's not one piece of evidence of a single individual who lost a single song, not even a complaint about it," an Apple lawyer said this week. "This is all made up."

Current and former Apple executives testified during the two-week trial, including Phil Schiller, Augustin Farrugia, Eddy Cue and Rod Schultz. But the biggest Apple presence at the trial was a video testimony by former Apple CEO Steve Jobs, who passed away in 2011.

Had Apple been found guilty, it was liable for up to about $1 billion in damages: The plaintiffs were looking for $351 million in damages, but that would have been tripled automatically under antitrust law.

"We got to put it in front of the jury," plaintiffs' attorney Patrick Coughlin said. "Sometimes that’s all you can ask."

The plaintiffs are expected to appeal the decision.