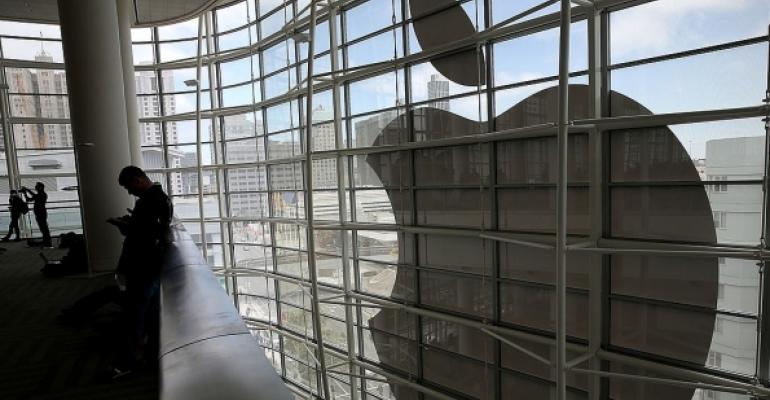 Accenture and Apple plan to develop other iOS tools to help clients make the most of their investments in the enterprise mobility platform.

Apple has partnered with consulting firm Accenture today to offer enterprises support in transforming legacy apps to iOS, with plans to develop other iOS tools to help clients make the most of their investments in the enterprise mobility platform.

The partnership will see Accenture launch a dedicated iOS practice within Accenture Digital Studios in select locations, co-located with Apple experts, including visual and experience designers, programmers, data scientists and architects, and hardware and software designers. Accenture Studios offer application development as well as mobile apps and digital services from locations around the world.

“Based on our experience in developing mobile apps, we believe that iOS is the superior mobile platform for businesses and are excited to be partnering with Apple,” Pierre Nanterme, Accenture’s chairman and CEO, said. “By combining Accenture’s vast digital capabilities and industry expertise with Apple’s market leadership in creating products that delight customers, we are in a perfect position to help our clients transform the way they work.”

While the details around the deliverables of the partnership are currently sparse, the announcement indicate Apple is taking big steps to pursue more iOS adoption in the enterprise. The news builds on Apple's other enterprise partnerships, including with IBM which has built a portfolio of more than a hundred enterprise apps and seen the launch of Kitura, a cloud framework written in Apple’s programming language Swift.

The combined Accenture-Apple team will develop new iOS tools and services, including new ecosystem services for clients to address iOS integration requirements to connect to back-end systems, and Internet of Things (IoT) services including templates and predesigned code to help clients make better use of data from IoT platforms in their iOS apps. Migration services will help clients transfer legacy applications to modern iOS apps.

“Starting ten years ago with iPhone, and then with iPad, Apple has been transforming how work gets done, yet we believe that businesses have only just begun to scratch the surface of what they can do with our products,” said Tim Cook, Apple’s CEO. “Both Apple and Accenture are leaders in building incredible user experiences and together we can continue to truly modernize how businesses work through amazing solutions that take advantage of the incredible capabilities of Apple’s technologies.”

As employees are given more choice over the devices they use at work and are able to bring their own devices, iOS has seen an uptick in usage at the enterprise-level, according to research released earlier this year by Jamf. And once IT is familiar with managing iOS devices, they seem to find it easier than the alternatives; Jamf found that 90 percent of respondents found it easier to deploy software and apps on an Apple mobile device over another OS, while 79 percent said it is easier to integrate an Apple device into existing environments.

Increased enterprise adoption of iOS devices comes with a downside though. According to recent research by Skycure, as iOS has become more popular as a platform for enterprise, the rate of attack and incidents of malware have increased, even outpacing Android malware.