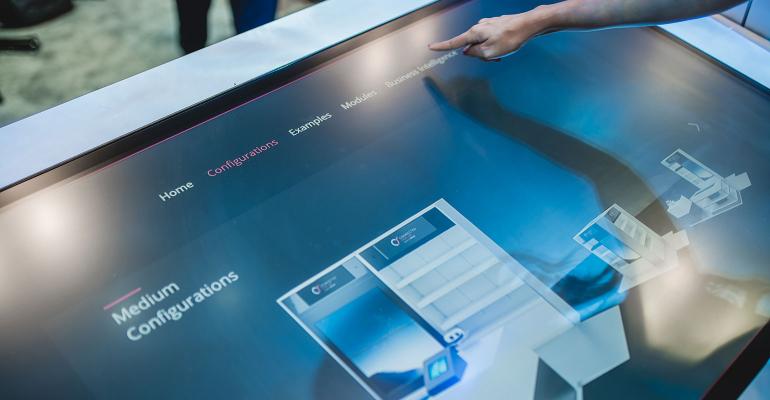 The electronics giant hopes to help transform brick-and-mortar retail as a platform for technological experimentation, starting with an IoT-enhanced pop-up store concept.

Not long ago, the food truck was decidedly uncool. With nicknames like “roach coach” and “gut truck,” the humble food of yore tended to serve up lowbrow unimaginative fare. Now, food trucks are a trendy $1.2 billion industry, thanks to a handful of innovators who re-envisioned the food truck as a platform for experimentation roughly a decade ago. Instead of sticking to hamburgers, hot dogs and other basic cuisine, food truck owners began testing fare such as Korean-barbeque inspired tacos and other off-the-wall ideas. If a new food truck idea was a hit, the owner could buy a fleet of trucks to build a new brand. If it was a flop, the owner could simply repaint the truck and try again.

Other than the relatively low cost of entry, another factor that contributed to food trucks’ meteoric rise in popularity is the technological embrace of the entrepreneurs behind them. Thanks to mobile payment technology and a deft use of social media, food truck owners have become more adept at understanding their client base than many traditional restaurateurs.

The brick-and-mortar sector needs to find its own version of the food truck: a platform for technologically enhanced experimentation. The pop-up store is that platform, according to Ian Hutchinson, lead for connected spaces in the retail division of Samsung.

“With our partner Barrows Global, you can choose small, medium and large [pop-up store platforms],” Hutchinson explained. “And the whole thing is modularized. You have a very simple go-to-market mechanism for a basic pop-up and it allows people to start customizing off that and get what we describe as snackable chunk of information about customers.”

Improving customer experience is central goal of Samsung’s pop-up store concept. It is also one that is supported by recent a Samsung survey of 155 attendees at the NRF exposition. A total of 40 percent of respondents found that the top in-store technology priority this year is “deploying new digital experiences for customers.” Three out of 10 reported that improving in-store data collection and analysis should be the top objective for the year.

IoT-enabled pop-up stores can help with both of those initiatives. For instance, they can leverage IP-based video cameras married to an analytics engine to capture consumer behavior. In addition, pop-up store owners can create unique experiences based on customer preferences and past experiences. “We can bring in that similar technology [that is used in e-commerce] into the physical space and you are able to personalize the experience based on data and how customers are behaving in your particular space,” said Jessica Mok, strategy marketing and alliances manager at Samsung. “Seeing that data flow, you can make inferences and see where customers are truly engaged or whether they are disengaged.”

With the data from the IoT-enabled pop-up stores, pop-up store retailers can embrace the type of data-based business planning common in e-commerce — or with food truck owners. “We can give [retailers] maps, data and dashboards that make them feel like they are looking at an e-commerce website,” Hutchinson said. “I can’t imagine making some of the decisions retailers have to do with their data practically blank.” While many traditional store owners only had data about goods coming in and going out, the IoT-enabled pop-up store can provide precise data on customers’ shopping habits. “They can get a read-out to show that a demographic did come in, did spend time. Those are things they are basically data dark on today,” Hutchinson said.

Samsung offers the smart pop-up technology as a service, so retailers can rent the technology for as long as they wish and scale it up if they desire. Samsung has on its roadmap a plan to use advanced video analytics to gauge customer sentiment in the physical space, to determine whether a customer, say, smiles when they pick up an article of clothing she likes.

If business owners could create a billion-dollar industry out of the humble food truck, imagine what they could do with an upgradable retail environment that leverages advanced analytics and AI technology.