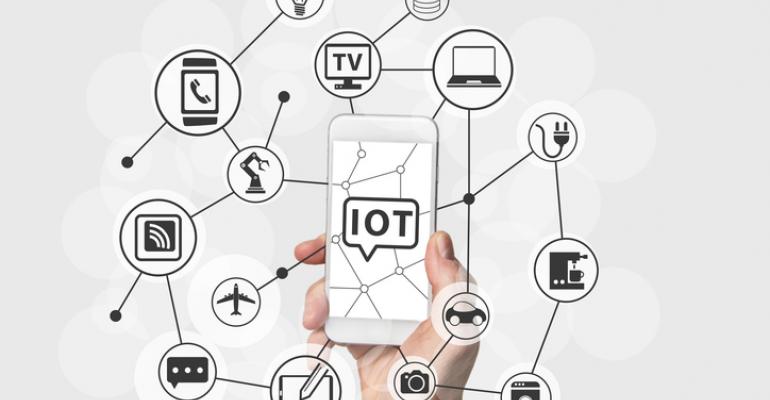 As AI, VR and IoT gain traction, IT leaders must make sure their businesses are ready to move into these new areas as demand builds.

Working in enterprise IT means knowing the technologies and systems of today, but it also means learning about and being ready for emerging technologies as well.

For enterprise IT departments nowadays, that means figuring out your company's approaches to the quickly moving topics of artificial intelligence (AI), virtual reality (VR)/augmented reality (AR) and the internet of things (IoT) as they gain momentum in business and consumer goods and services.

Related: Driven by New Technologies, IT Spending to Look a Lot Different in 2021

So how should your enterprise make such decisions for the future as you look to adopt and deploy these technologies?

"As tech people, we need to be able to stand back and ask what the real benefit of it will be," said

Christian Lind, the IT director of Nebraska Cancer Specialists in Omaha, Neb. "We have to look at it because we deal with budgets" and how workers inside businesses will adopt and use these technologies.

Lind, who participated in an IT panel discussion on the adoption of emerging technologies in the workplace at a recent Spiceworks conference, said IT administrators and executives must stay abreast of these technologies to help in making the right business decisions as their uses become more apparent.

So far, he's not seeing a big push for IoT or VR in the medical field from users because they are not yet visualizing how and where it can be used, he said. With IoT and VR, the push for using these emerging technologies instead usually comes from vendors who strive to explain what the technologies will do for his company.

The potential use of AI in health care, however, already appears to be promising, said Lind. "When I think AI, I think big data" and its potential use in precision medicine, such as dealing with and finding cures and treatments for thousands of types of cancers. At the same time, however, while it is intriguing in its possibilities for patients and doctors, the traditional IT concerns of data security and privacy will still have to be reviewed and solidified to make it work reliably, he said.

"You have to make sure that it's secure," said Lind. "Every time you add a new device, you are opening up a window. If [a device using AI] can reach out to the world, that means the world can open up to it. The problem is things like thermostats don't have anti-virus" and other security systems.

Because of that, Lind said he probably wouldn't connect thermostats in patient rooms and some other patient devices to the internet due to these concerns.  Ultimately, he said he expects to see opportunities grow for these emerging technologies in healthcare over the next three years, but added that the necessary IT tools will also have to be there to support and protect them from attackers.

Another panelist, Brad Bishop, the systems administrator at Lamar University in Beaumont, Texas, said while he has not yet seen a wide range of practical uses for the university in VR and AR so far, they have been doing some experimentation with the technologies in classrooms. One use includes the construction of a large sandbox with a projector that when shined down, showed the resulting changing topography of the sand when users moved it around in the box.

"I do think it will be useful, it's just a matter of time," Bishop said of the technologies. "The price will come down and the educational level will come up," with likely uses in autos, construction, education and many other fields, he added.

One way to investigate these possibilities in advance for your company is to create flow charts about what AI, VR and IoT can and can't do for your business to gain insights on how they might be used, said Bishop.

Another panelist, William "Billy" Brown, the information security officer for Engaging Solutions, an IT consulting firm in Indianapolis, Ind., said his company has already experimented with AI for its support team to automate day-to-day IT tasks and had good results. AI is being used so far to allow easy and automated password resets for users when someone is locked out of their computers or email accounts, which is one of the most requested IT help desk requests.

Such tasks that can be handed off to technologies such as AI should be welcomed by IT administrators, said Brown. By being able to quickly respond without human intervention to similar opt-needed help desk requests, AI can be a big benefit for IT teams. "In all actuality it is a great benefit. It will give you time and will give IT time to think about far more important things to do. AI is almost limitless in its potential."

In the case of emerging IoT products, security continues to be a major concern, he said. One best practice he suggests is to always set up a guest network outside your company's main network so you can isolate IoT devices from your production systems, said Brown. And be sure that whatever vendor you use to help deploy such technologies is following a regular and strict patching schedule to minimize security risks, he added. "Patching is critical," especially after the recent and huge Equifax security breach, which revealed personal data for some 145 million customers.