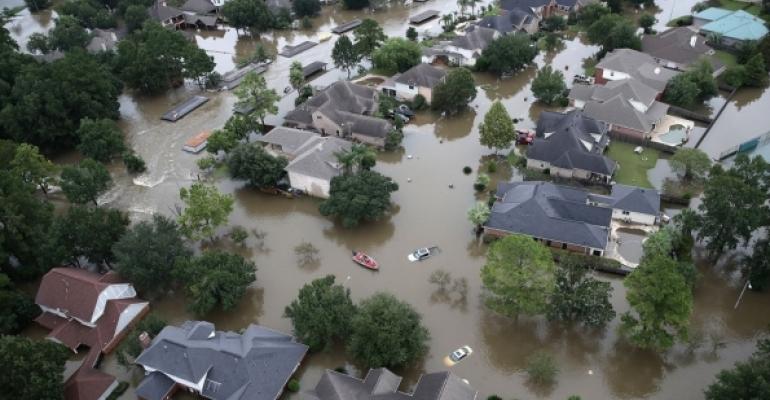 As Houston Cleans Up from Harvey, FAA Allows Drones to Help

The FAA has issued 43 emergency drone permits so far as government agencies, first responders and media outlets eye damage in the area.

With Houston, Texas, struggling since Hurricane Harvey hit hard last week, dumping some 50 inches of rain across the region, the FAA quickly reacted by approving and issuing some 43 drone operating permits to allow rescue workers, government agencies, first responders and journalists to view the natural disaster from above for recovery purposes.

The move comes as the Federal Aviation Administration (FAA) continues to set and review its national policies for drone use in skies which are crowded with commercial, private and military aircraft. So far, final national drone regulations have not been put into place by the FAA, which continues to issue commercial use permits on a case-by-case basis depending on how they will be used by businesses. The agency officially refers to drones as unmanned aircraft systems (UAS).

In the Houston area, the FAA's move mimics that strategy by issuing drone operating permits to a variety of agencies and groups depending on what is needed as the area continues its clean-up from the ravaging storm and its resulting historic flooding.

The drone authorizations across the region cover a broad range of activities by local, state and federal officials who are conducting damage assessments of critical infrastructure, homes and businesses to help target, prioritize and expedite recovery activities, the agency said in a statement. The drones are being used in support of the emergency response and recovery following Hurricane Harvey.

An FAA spokesperson could not immediately be reached for comment on the drone permit situation in Houston.

Eight of the UAS approvals were issued to a railroad company to survey damage along a major rail line running through the city, according to the FAA. Five other permits were issued to allow oil and other energy companies to look for damage to their facilities, fuel tanks, power lines, and other critical components of the local power grid. The Houston area along the Gulf of Mexico is host to a myriad of critical oil wells and rigs, petroleum processing and distribution facilities and other related infrastructure which provides about 12 percent of the nation's oil and gasoline daily.

Drones are also being used by a local fire department and county emergency management officials to check for damage to local roads, bridges, underpasses, water treatment plants, and other infrastructure that may need immediate repairs. Across the region roads and highways were inundated by the rain and floods, leaving them damaged and overwhelmed by the disaster. Officials must evaluate and check the roads for safety using the drones before allowing vehicles to travel over them to prevent further damage and injuries. Rushing floodwaters can scour foundations and soil below roadways and bridges, leaving them severely damaged without clearly-visible evidence of danger.

Environmental quality checks are also being conducted by state officials using drones so they can see and understand the impacts of flooding and drainage, while mobile phone carriers are using the devices to conduct damage assessments of their structures and associated ground equipment. At least one other drone permit has been issued to assist a group of insurance companies which are beginning to make damage assessments of residences and businesses to speed up claims processes for residents in the area.

Journalists are also using drones to bring stories and video of the flooding and aftermath to residents and the world where they can't get in to neighborhoods due to storm-related damage, according to the FAA.

The agency has established procedures for other agencies and businesses which wish to apply for emergency drone permits to conduct their operations in the area as well, on a case-by-case basis. Qualifying applicants of public UAS operations should contact the FAA at 202-267-8276, while a backup email request should also be sent to [email protected]. Civil entities that wish to apply for drone permits for use in the clean-up and recovery efforts must first secure support from a governmental entity participating in the response in the area.

The FAA also set Temporary Flight Restrictions (TFRs) for general aviation pilots in several Texas communities during the storm and its aftermath, according to the agency. Drones in these areas can only be operated with specific FAA authorization.

"The FAA warns drone operators that flying an unauthorized drone could interfere with local, state and federal rescue and recovery missions," the agency stated. "You could be subject to significant fines if you interfere with emergency response operations. Flying a drone without authorization in or near the disaster area may violate federal, state, or local laws and ordinances, even if a TFR is not in place. Allow first responders to save lives and property without interference."