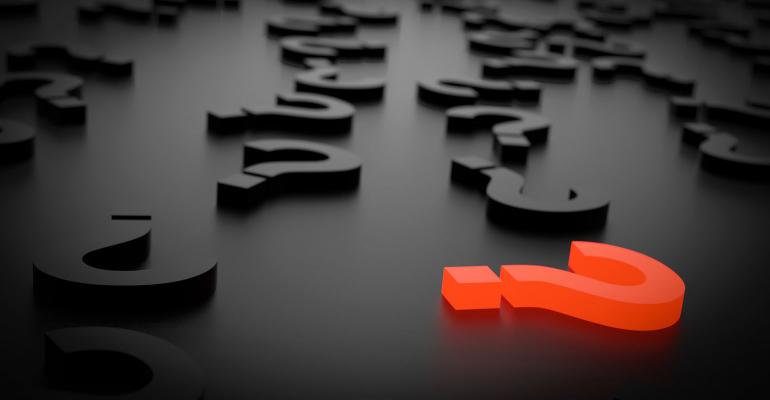 Success with industrial digital transformation largely hinges on a thorough analysis of the IIoT ecosystem.

What if companies first to adopt concepts like digital transformation and the Industrial Internet of Things (IIoT) weren’t necessarily the first to benefit from them? And what if their grandiose ambitions to redefine their business with digital tools drains their budget while taking their focus away from legacy product and service offerings? This unfortunate state of affairs would then allow competitors to chip away at their business while simultaneously learning from the success and failures of their early digital experiments.

Such a state of affairs would be roughly the opposite of Clayton Christensen’s “Innovator’s Dilemma,” which holds that companies that focus on their established business can be blindsided by newer firms with disruptive new technology. But as real as the risk is of being too slow to embrace new technologies and business models, being too quick to adopt or market immature technologies can be just as dangerous.

At first glance, it may seem that this theory has some merit in the IIoT realm, where deployment has been relatively slow to move out of early-stage pilot projects. While the industrial sector stepped up its adoption of IIoT technology in 2017, there were high-profile setbacks for a  handful of prominent vendors in the space.

While the risks of being an early adopter of any technology are well documented, it seems the success or failure of early industrial IoT adopters has more to do with their understanding of the broader IIoT ecosystem surrounding their technology and their customers’ needs than it does with their desire to become an IIoT pioneer.

Vendors quick to market IIoT products also face a higher risk that their technology is not robust enough or reliant on immature, external technology. “Early movers assume pretty high risks compared to fast seconds,” said Dan Miklovic, research fellow at LNS Research. “Imagine Uber if there were no Google Maps; it would have been a lot harder.”

And yet the first vendors to offer IIoT platforms hinted that their customers could disrupt themselves by jumping on that technological bandwagon. They hinted that they and their hard-hat-wearing customers could replicate the early success of unicorn startups like Airbnb or Uber, or at least maintain their relevance in the market, by embracing connected technology.

But industrial companies don’t have the luxury of adopting the sort of “Move Fast and Break Things” ethos popular with many Silicon Valley–based startups. In the past couple of years, Airbnb and especially Uber have found themselves in hot water for skirting laws and promoting unethical behavior among their employees. By contrast, the industrial sector is more inclined to use technology to gain an unfair advantage in the marketplace. “But the reality is that manufacturing wasn’t really ready to use technology to cheat that often and when it did (think VW with diesels) the risks of getting caught are pretty serious,” Miklovic said. “It remains to be seen if in the long-term Uber turns out to be like Amazon.”

Speaking of Amazon, the tech behemoth has emerged as a sort of surprising role model for industrial companies on several fronts. Most notably, the company has succeeded in transforming itself from an online bookseller into a tech giant in its own right. “People tend to forget how long it took Amazon to actually start turning profits and become what it is today,” Miklovic said.

Amazon also reminds us that it is difficult to read a new market. While AWS is now one of Amazon’s most profitable business segments — not to mention a popular connectivity option for IIoT applications, it was practically ignored when it debuted.

Amazon’s early experience with AWS underscores the difficulty of choosing the best timing to launch a new technology. And while the pressure to gain a first mover advantage is significant, there is also a risk that the market isn’t ready for the technology or that the technology isn’t mature enough for it.

On a related note, it is all too easy for first movers in the IIoT market to see technology as a sort of Holy Grail unto itself rather than a tool, Miklovic said. While IT technology has been permeating the shop floor for decades, IT professionals who help manage it don’t always understand the context of industrial environments or the guiding principles of operational technology professionals. Put differently, many IT pros focus less on information than they do on technology and thus struggle to help OT pros use data to optimize that environment.

It is also difficult for IIoT vendors to understand the varying data needs of customers in distinct industry niches. And to date, no vendor has yet come up with a proven IIoT data model that spans distinct industrial sectors, according to Matthew Littlefield, president of LNS Research. “This is the hard problem that lots of startups and incumbents are trying to solve to date with no proven winners,” Littlefield said.

Ultimately, succeeding with IIoT requires a thorough understanding of the underlying environment that supports it. As Ron Adner and Rahul Kapoor have written in the Harvard Business Review: “The strength and maturity of the elements that make up the ecosystem play a key role in the success of new technologies—and the continued relevance of old ones.” Understanding that IIoT ecosystem is crucial in gauging whether a new technology will gain quick adoption in the marketplace (think inkjet printers displacing dot matrix printers) or whether it will be painfully slow (think HDTV technology).

While it is true concepts such as disruptive innovation apply to the industrial sector as well as they do to any vertical, it is easy to lose sight of the complexity of the industrial ecosystem and the nuances of its end users. But as we look forward to what is in store for IIoT in 2018, the companies with the best understanding of how their technology fits into this ecosystem will have the best shot at success. For the time being, however, there is still a good amount of hype in the marketplace, so there is a risk that 2018 will see the introduction of a fair number of products that don’t meet market needs. The motto “If you build it, they will come” may be a good slogan for a surreal baseball film, but it isn’t necessarily a good philosophy when it comes to industrial IoT applications.