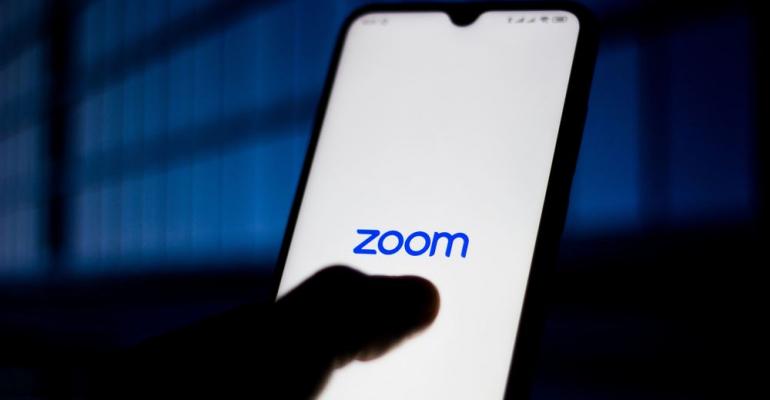 Zoom to Offer All Users Full Encryption, Bending to Pressure

Zoom Video Communications Inc. will offer full end-to-end encryption to all users, free and paid, succumbing to pressure from members of Congress and the public who pushed the video-conferencing company to bolster privacy.

(Bloomberg) -- Zoom Video Communications Inc. will offer full end-to-end encryption to all users, free and paid, succumbing to pressure from members of Congress and the public who pushed the video-conferencing company to bolster privacy.

Those using the service at no charge will have to verify their phone numbers to get access to the strongest level of security, Zoom Chief Executive Officer Eric Yuan said Wednesday in a blog post. End-to-end encryption makes it impossible for third parties to decipher communications, but will mean that participants cannot call into a Zoom meeting on a telephone line.

“We are also pleased to share that we have identified a path forward that balances the legitimate right of all users to privacy and the safety of users on our platform,” Yuan wrote. Verifying the identities of free participants will help the company combat abuse taking place on its platform, he added.

The San Jose, California-based company said it plans to begin testing the stronger encryption in July. Zoom said previously it would reserve this feature for large corporate clients who paid for the service. About 70,000 internet users signed two petitions this week urging Zoom to give full encryption to everyone in the interest of cybersafety for those who can’t afford a subscription. U.S. Senators Sherrod Brown, an Ohio Democrat, and Richard Blumenthal, a Democrat from Connecticut, have blasted the software maker for not offering end-to-end encryption, though the company earlier had claimed it did.

While its stock has more than tripled this year, Zoom has suffered a series of controversies related to privacy and security. During the coronavirus pandemic, when hundreds of millions of people started using the video-conferencing app to keep in touch with colleagues, loved ones and communities, trolls began invading calls with profane, pornographic and racist content, in a phenomenon known as Zoombombing. After researchers discovered instances when Zoom meetings and their related encryption keys were routed through servers in China, even though no one on the call was based there, the company pledged to offer full encryption to allay concerns that Zoom wasn’t secure.

Yuan said on an earnings call this month that he wouldn’t offer free users full encryption so Zoom could work with the Federal Bureau of Investigation and local law enforcement to identify people who were committing crimes during video-conference meetings. The company later clarified those remarks after a user uproar about the ties to law enforcement.