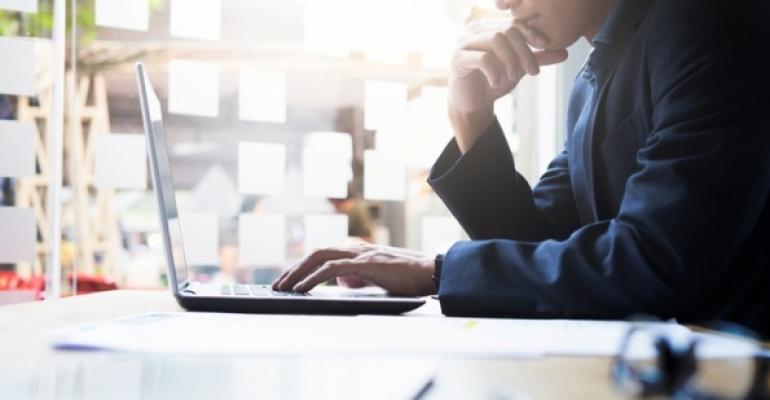 Butterfield said the additional capital will also help give large clients, as well as existing and future employees, confidence that Slack is here to stay.

(Bloomberg) -- Slack Technologies Inc. closed a $250 million funding round led by SoftBank Group Corp.’s Vision Fund, giving it more ammunition for expansion in an increasingly competitive market for workplace messaging services.The financing round values the startup at $5.1 billion, up from $3.8 billion the last time. The Vision Fund is joined by Accel and other investors, Slack said Sunday. Bloomberg reported on the latest funding in July.

More than half of the new funding came from SoftBank, Slack’s Chief Executive Officer Stewart Butterfield said in an interview in London Monday.  Butterfield was approached by Deep Nishar, managing director of investments at SoftBank, about 4 or 5 months ago, he said.

San Francisco-based Slack said the money is for “operational flexibility,” not for a particular use, and added that it still has much of the $591 million it already raised. But Butterfield said the additional capital will also help give large clients, as well as existing and future employees, confidence that Slack is here to stay.

“We have a lot of large customers,” he said, “and the bigger ones are a lot more conservative. As they move tens of thousands of people over to Slack they want to make sure we're going to be around. But it especially helps with potential recruits. We still have to compete with Facebook and Google and they give substantial offers there.”

The company this month announced an expansion of its service to work in German, French, Spanish and Japanese as it competes with Microsoft Corp.’s Teams and Atlassian Corp.’s HipChat service for corporate customers.

SoftBank’s Vision Fund raised almost $100 billion this year and is blanketing the venture capital market and tech sector with the money. It invested $4.4 billion in shared-office company WeWork Cos. in August, and is mulling an investment in Uber Technologies Inc. of up to $12 billion with three other investors, Bloomberg has reported.

Last month, the Vision Fund was said to invest about $2.5 billion in Flipkart Group, the biggest Indian e-commerce operator. That marked the largest venture deal in India, people familiar with the matter said at the time.Slack has more than 9 million weekly active users and 6 million daily active users. The company has more than 2 million people paying to use the service on more than 50,000 paid teams and revenue from subscriptions has reached $200 million.

Butterfield said he “looks forward” to an initial public offering, but said it would not be before “the end of 2018.”