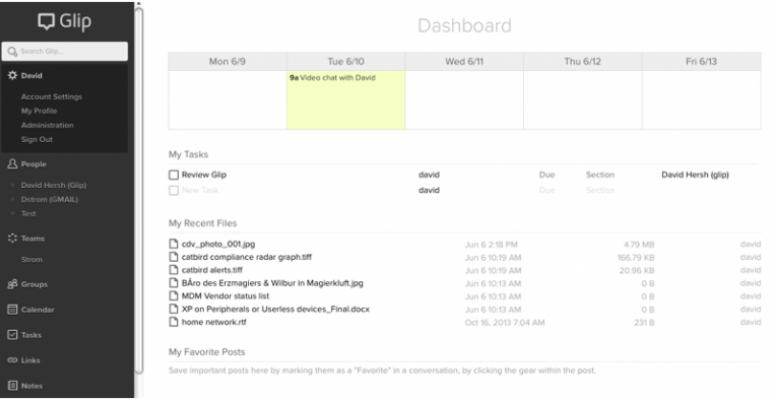 Find the best team chat option that works for your company

We all spend too much time on email, and if your inbox is overflowing with messages from your coworkers, it might be time to investigate another way to communicate. There are many tools available that can help pull together a team communications with intranet-like features, text messaging, workflows and collaboration features.

These tools have been around for many years but lately it seems all anyone is talking about is Slack. In the past three years since the founder of Flickr launched Slack, it has become a juggernaut. While it certainly is popular, you shouldn’t just assume this is the only product worth considering.

Slack is sold as a SaaS-based freemium subscription: the free plan limits its features (most notably searching your 5 GB message archive and running up to 10 application integrations). The paid plans start at $8 per user per month, and they are working on enterprise pricing for later this year that will include team federation features. That doesn’t sound like a lot of dough until everyone starts becoming a Slacker at your company, which is what the company is counting on.

The alternatives to Slack include:

(See our comparison chart below for more information.)

These alternatives to Slack can cost less. Some have free editions and then there is Mattermost, which is entirely open source. There are other products that also cost a lot more too. It is important to review the distinctions between the free and paid versions to understand user or storage limitations and whether that will force you to ultimately pay for them as you get deeper into the product. For example, the free accounts for Bitrix24 have storage, task, and user limitations. (The company also sells an on-premises version that starts at $5,000 for 25 users.) With Glip, the free accounts don’t have any team size limits. With Yammer, the basic app is free, but if you want integrations with Office 365, you’ll need a subscription to edit and co-author documents in Yammer, and use the Yammer discussions inside of SharePoint and Skype.

But price alone shouldn’t be your sole criterion. There are other issues that you should look at, and here are some points to ponder.

But Slack isn’t the only tool that has this level of integration and extensibility. Mattermost is also compatible with Slack APIs so you can import users, public channel history and other features. They take Slack’s proprietary JSON payload format and translate the code into markdown to render in Mattermost messages. And HipChat’s API documentation is also excellent, making integrations easier too. If you are looking for comparisons, you might review this post that lists advantages here to using Mattermost over Slack or why Slack is better than HipChat here.