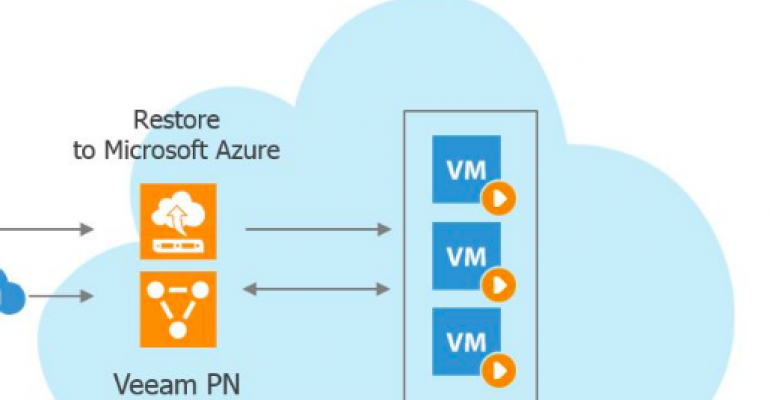 Networking has always been one of the most complex parts of any IT solution. Whether you are connecting into a remote site, connecting branch offices together or extending on-premises networks to the cloud, there is traditionally a high level of complexity and cost that's involved in establishing a reliable networking solution.

When it comes to networking during a disaster, the level of complexity and margin for error is magnified. In relative terms, it has become easy to back up, replicate and then recover workloads, but getting access to those recovered systems remains a cumbersome process.

At VeeamON 2017, we announced the Release Candidate of Veeam PN (Veeam Powered Network), which — in combination with our existing Veeam Backup & Replication 9.5 feature Veeam Restore to Microsoft Azure — created a new total solution for networking and restoration called Veeam Recovery to Microsoft Azure. At the heart of this new solution is Veeam PN, which extends an on-premises network to an Azure network, enhancing our ability to back up anything, anywhere, and restore to Azure.

Deployable from the Azure Marketplace, the Veeam PN Appliance can be setup within minutes and be ready to act as the central hub for remote sites that have the Veeam PN Appliance deployed as a site gateway. It can also be used for remote users who connect to the central hub via an OpenVPN client application. Used in conjunction with Veeam Restore to Microsoft Azure, workloads can be recovered into Azure and then accessed remotely via the extended network created by Veeam PN.

New Veeam PN is a free solution that allows administrators to create, configure and connect site-to-site or point-to-site VPN tunnels easily through an intuitive and simple UI all within a couple of clicks. No need to deal with complex, time-consuming set ups — cloud connectivity is now made easy!

There are two components to Veeam PN: a Hub Appliance that’s deployable from the Azure Marketplace and a Site Gateway that’s downloadable from the Veeam.com website and deployed on-premises from an OVA, which means it can be installed into a number of virtualization platforms. New to the GA release is the ability to install from the Veeam.com Linux repositories using your package management system of choice depending on distribution.

Veeam PN is built upon OpenVPN, which is a trusted and mature virtual private networking technology platform. We have created an intuitive, simple user interface that simplifies the entire networking configuration process.

Total On-demand Recovery in the Cloud

Every organization--no matter the size--should have an easy way to leverage the public cloud as a recovery site, yet many recovery solutions still lack ease of use and reliability, and can come with a steep price tag. With Veeam Recovery to Microsoft Azure, you get a reliable, turnkey solution for creating an on-demand recovery site — available whenever you need it. This is truly a set-it-and-forget-it solution, ideal for any size organization wanting to gain new recovery options, without the need to build or maintain a costly recovery site.

Anthony Spiteri (MNet&SysAdmin, vExpert, VCIX-NV, VCAP-DCV) focuses on Veeam’s Service Provider products and partners in his role as Technical Evangelist. He takes a key lead on contributions to the products associated with the cloud and service provider business. Anthony is a six-time VMware vExpert, and his experience has included evangelistic roles at roadshows and events, presenting sessions and community talks on leading technologies locally and overseas. Follow Anthony on Twitter @anthonyspiteri and LinkedIn.