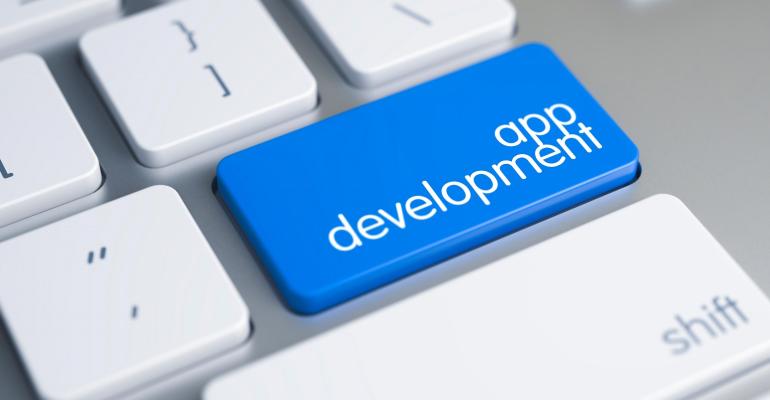 But CI/CD isn't exclusive to cloud-native application development. After all, on-prem data centers can use a CI/CD pipeline to deploy virtual machines or containers such as Docker or Kubernetes. However, CI/CD pipelines are well-suited to the use in cloud-native app development, which leverages the benefits of microservices, containers, and container orchestration systems like Kubernetes. It also allows you to grow and scale with CI/CD without managing the underlying build and deploy server hardware.

Compared to legacy deployments, using CI/CD in an environment to deploy applications is much more efficient. With continuous deployment for containers, it's not necessary to take the entire app to make an update or change. Every microservice runs in a container and is deliberately made modular.

With the integration of CI/CD into container-based environments, you can have containers in a node running a staging version of your app, and other containers in a separate node actually handling real users and keeping the application running.

Cloud-native app development, particularly the use of microservices, does present some challenges for CI/CD pipelines. Those issues are primarily due to the complexity that comes with dealing with multiple microservices. This includes the increased layers and dependencies, as well as increased development speed. These issues can negatively impact the individual teams that must release services quickly and reliably, without disrupting other teams or destabilizing the app as a whole.

However, the use of automation, experimentation, DevOps, and best practices across the entire development life cycle and all development components — including CI/CD pipelines — can make a difference.

How Does CI/CD Work?

Before discussing CI/CD best practices, it's essential to understand the CI/CD process. In general terms, a CI workflow integrates code changes as often as possible via the build automation process. Every code change to the app is automatically built and deployed to a test environment. This eliminates having to manually build and package images every time there's a code change.

Once you integrate and package the code, the CD workflow takes over. Its goal is to securely deliver the integrated code changes into production by running automated tests. The tests check the build's validity by traversing it across several stages. If it passes all the stages, it's ready to be deployed to its endpoint.

The pipeline requires various components in order to work. Typically, they include:

Best practices for the use of CI/CD pipelines range from those specific to the CI/CD tools employed to the integration of security into the apps. The following are just some to consider:

Yet another recommendation practice is to trigger CI/CD pipelines by Git-based operations. A unified source repository stores all the pipeline changes and source code. This allows developers to review changes and eliminate errors before deployment.

As we've discussed in this article, CI/CD pipeline automation is essential for fast-moving application development teams that want to deploy high-quality code in the most efficient way possible. To keep up with evolving customer needs, modern organizations must be able to deploy new features and updates quickly. To do so, it's crucial that you have a sophisticated DevOps practice that includes automated CI/CD pipelines.