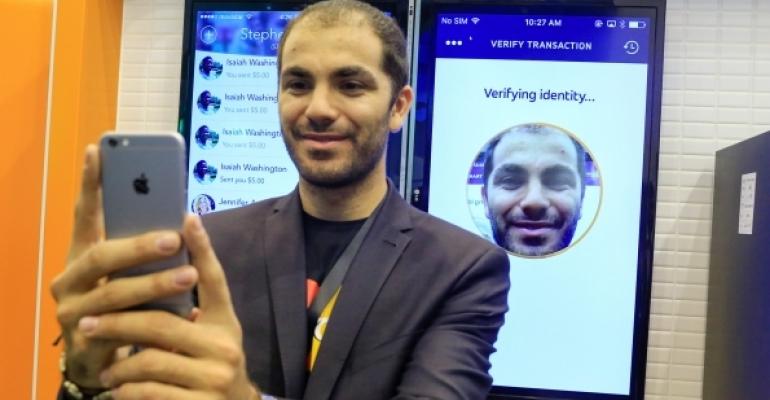 (Bloomberg) -- Thanks to Apple Inc.’s new iPhone X, facial recognition may finally be on the verge of breaking out with consumers.

The technology first developed in the 1960s has since been mostly relegated to the realm of government agencies and high-security firms. But if it follows the same path as Apple’s previous rollouts, like fingerprint sensors, it’s just a matter of time before the technology starts popping up in homes, stores and on other phones, too.

While not everyone will buy the $999 high-end iPhone, rival electronics makers are already trying to figure out how they can incorporate the technology in their offerings. Startups selling their own versions of facial recognition say they’ve already seen a pickup in demand since Sept. 12, when Apple announced the iPhone X, aka 10.

“We now have a leader like Apple acknowledging that this makes sense,” said George Brostoff, chief executive officer of SensibleVision Inc., a Cape Coral, Florida-based startup that makes software for tablets and smartphones. “This makes companies like Motorola, like LG come knocking on the doors of companies like ours.”

Not First, But Best?

As is often the case, Apple isn’t the pioneer of the latest tech it’s now hyping. Amazon.com Inc. has filed for a patent to allow payments by taking a selfie, similar to a service Mastercard Inc. rolled out last year in Europe. Financial company USAA has offered facial recognition through its app for several years. Even with some heavy-hitters behind it, the technology seemed to be gaining little traction among consumers -- until now.

Apple has a history of taking already in-use technologies and perfecting them -- not to mention giving them the cool factor -- so they can make the leap into the mainstream. Think of MP3 players and the iPod, tablets with the rollout of the iPad and, most recently, with fingerprint readers. 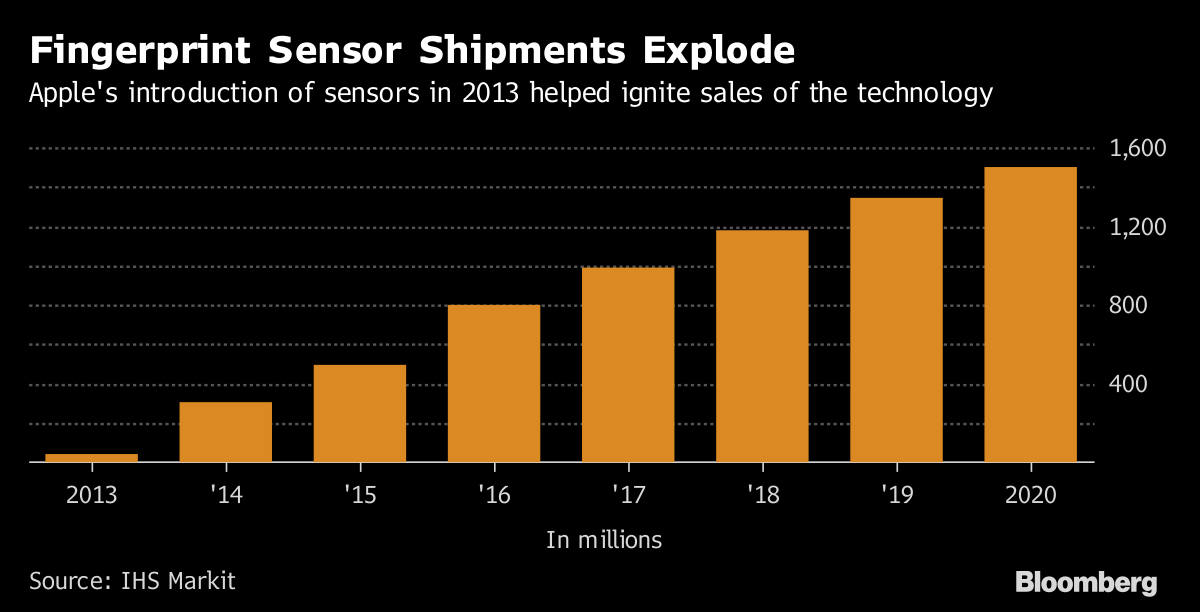 Apple’s Face ID feature works by projecting and analyzing more than 30,000 invisible dots to create a precise depth map of a user’s face. An infrared camera reads the pattern, captures an infrared image and confirms the match. Apple says its feature works in the dark, should resist getting tricked by photos or masks, and functions even when it’s really, really cold -- something biometric fingerprint readers generally have a hard time with.

While Samsung Electronics Co.’s Galaxy Note 8 already offers facial recognition, it can be tricked with a photo, one developer claimed. In the past, the software also had trouble with bad lighting and with identifying people of color -- issues many hope Apple has solved.

“This is now a consumable technology,” said Peter Trepp, CEO of Encino, California-based FaceFirst, which sells its facial-recognition software to law enforcement, airports and now retailers. “We are getting lots of calls, we are getting lots of interest. It’s clearly coming in a very big way.”

As uses multiply over the next three to five years, facial recognition will account for more than half of all log-ins, account validations and authorizations for mobile financial services and mobile payments, according to researcher Crone Consulting LLC. That’s up from hardly anything today.

That’s expected to be a boon for the industry behind the technology. The market is expected to double to $6.84 billion in 2021 from $3.35 billion last year, according to researcher MarketsandMarkets.

London-based Blippar, which recently unveiled an app that lets consumers show their moods, expects revenue to as much as double in the financial year that starts in April, CEO Ambarish Mitra said. FaceFirst is working to help retailers use face recognition to let consumers shop in brick-and-mortar stores with their mobile phones without going through checkout -- a la Amazon Go. Early prototypes will hit stores at the beginning of next year. SensibleVision, meanwhile, says it’s been fielding calls from potential customers as well as buyers. Brostoff, the CEO, said he expects to sell his company within a year.

“We are currently working with or in discussions with virtually all of the world’s phone manufacturers,” he said, “save Apple.”