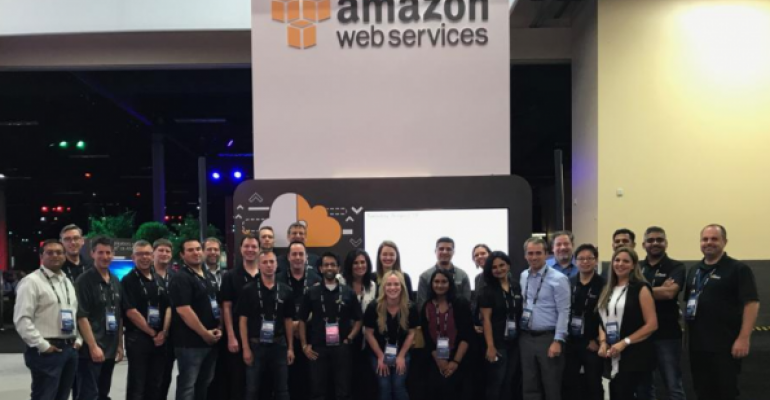 You Can Now Spin Up VMware Servers in Amazon Data Centers

Brought to you by Data Center Knowledge

Ever wish you could just run VMware on Amazon’s cloud? Now you can, but not on the entire AWS cloud, just in one availability region hosted in Amazon data centers in Oregon.

The two companies announced a partnership with the goal of seamlessly extending VMware’s environment from the enterprise data center to AWS about one year ago. VMware is nearly ubiquitous in corporate and public-sector data centers, where users deployed the platform to radically increase the utilization rate of each physical machine.

While many large IT organizations have deployed applications on public cloud platforms, such as AWS, Microsoft Azure, or Google Cloud Platform, by many accounts they still run most of their workloads in their own data centers. Giving them a way to deploy software in the cloud using the same underlying software stack they use in-house and the associated management tools will presumably further reduce the friction they face when using cloud services.

The partnership highlights a change in the message AWS has been sending to the market about the future of cloud in the IT industry. The company used to paint hybrid cloud, where users have both on-premises data centers and cloud services, as little more than a stepping stone toward a world where nearly all workloads would run in public clouds.

Its willingness to partner with VMware on hybrid cloud signals that Amazon recognizes what many industry pundits have been saying for years: for numerous reasons many IT shops simply don’t think deploying the entirety of their workloads in one or another public cloud provider’s data centers makes sense.

The partnership is also a big step for VMware, which has in the past attempted to become a cloud service provider itself, making essentially the same pitch: extend your on-premises VMware environment into the cloud, where you’ll find the same familiar platform and tooling. While VMware execs claim the cloud business had been successful, the company ended up selling the business, called vCloud Air, to the French service provider OVH earlier this year.

VMware’s new strategy in the cloud services market is to enable customers to use multiple cloud providers together with their on-premises VMware environments using the same toolset.

As of now, VMware Cloud on AWS is available in the AWS US West region, but plans are in place to expand the service worldwide next year. Customers pay for each hour a host is active in their account.

The cost is about $8.40 per host per hour; $52,000 for one reserved host for one year (a 30-percent discount compared to on-demand pricing); or $110,000 for a three-year single-host contract (a 50-percent discount). Users of VMware’s on-premises software get further discounts (up to 25 percent off) “based on eligible on-premises product licenses.”

A number of companies are providing managed services around VMware Cloud on AWS, such as solutions for DevOps, application migration, data protection, cloud analytics, and security.