/sites/all/themes/penton_subtheme_itprotoday/images/logos/footer.png
Recent
Recent
How to Use Synthetic Datasets in Machine Learning Models
May 19, 2022
DeepMind’s Gato: A Step Towards Artificial General Intelligence?
May 17, 2022
Mastercard Begins Facial-Recognition Rollout With Retailers
May 17, 2022
Report Details Challenges of Self-Built Edge Messaging Infrastructure
May 17, 2022
Featured
5 Best Practices for Compliance-Proofing Your Cloud Strategy
May 18, 2022
4 Reasons Why AWS Could Lose Its Dominant Cloud Market Share
May 10, 2022
How to Spot the Warning Signs of Ransomware Attacks
Apr 20, 2022
Best Windows 11 Tips and Tricks: Top 11 Articles
Mar 18, 2022
Case Study 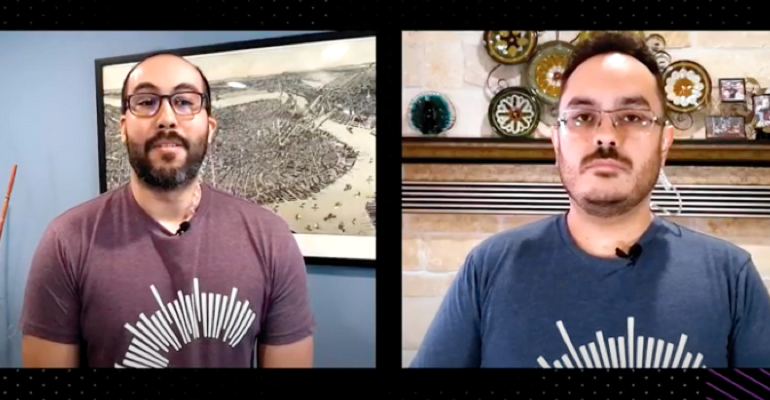 Why Conductor Chose HashiCorp Nomad over Kubernetes for VFX

Running special effects rendering jobs in the cloud is no easy task, but it's one that Conductor has figured out how to do, without relying on Kubernetes.

Visual effects (VFX) rending is among the most intensive compute tasks, as it often requires large numbers of clustered systems with high-powered GPUs.

Conductor uses different public cloud platforms, including Google and Amazon Web Services, and started out using each platform's managed services to help enable workload orchestration. On Google, that meant using Kubernetes with the Google Kubernetes Engine (GKE). What Conductor discovered over time and through experience was that there was a better, more performant approach by running its own instances of the open-source HashiCorp Nomad, which is a rival to Kubernetes.

Conductor's platform has been used on big-name Hollywood movies and productions, including Blade Runner 2049, Deadpool, Game of Thrones, Hellboy and Stranger Things, among others, Robles said.

Much like how modern DevOps teams iterate releases by pushing new code to a branch and then merging that code, Robles said VFX designers push new bits of a special effects sequence incrementally.

Conductor provides movie makers with scalable and secure VFX platforms where cost is based on the amount of compute time and services used, according to Robles. With a time-based system, having faster rendering is critical.

"Because we charge on demand and by the minute, we don't want to spend any time or money on compute unless it's actively rendering," he said.

Conductor doesn't have a large team of engineers, and as such Robles said there was a requirement to have a back-end system that can be highly automated in a repeatable manner.

The original idea was to have a managed service where the orchestration is handled by the cloud provider as a way to make things easier for Robles and his team. That didn't happen because the Conductor team discovered that when running the GKE, it was better optimized for long-running predictable workloads and not the unpredictable batch type of workloads that Conductor was submitting. Conductor also didn't have the visibility needed for auto-scaling as demand grows, he added.

That led Conductor to build out its own Nomad-based system to orchestrate rendering workloads. The configuration of the system is driven by an infrastructure-as-code policy from the Hashicorp Terraform system. With Terraform, Conductor is able to define how it wants its Nomad node deployed and configured.

To get a quantitative idea of how much better it is to run its rendering job through HashiCorp Nomad as opposed to Kubernetes, Conductor's Cross conducted a basic benchmarking evaluation.

On startup time, Cross said Nomad had a 63% advantage over GKE. He attributed the Nomad speed win to the fact that Conductor was able to highly customize the image, removing any unnecessary steps to optimize startup time.

"We went from zero to production in a month and migrated most of our customers to Nomad," Cross said. "So, for those who think that having to own or operate a cluster will be a time sink, we found Nomad as easy to get as going with managed services, but with much more flexibility."