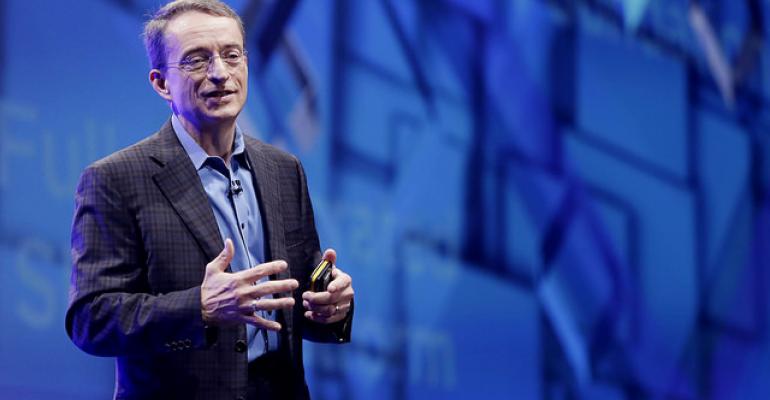 The two partners are fleshing out their enterprise hybrid cloud story.

VMware and Amazon Web Services are beefing up capabilities of their joint attack on the enterprise hybrid cloud market – called VMware Cloud on AWS -- including a new disaster recovery-as-a-service offering for enterprises with on-premises data centers and a new availability region.

The two companies, which launched the cloud service in August with initial availability in Amazon cloud’s US West region (hosted in data centers in Oregon), announced today that they have expanded the service to AWS US East region in Northern Virginia – the cloud leader’s largest (and still relentlessly expanding) availability region in terms of data center capacity.

They made the announcements at the AWS re:Invent 2017 conference taking place this week in Las Vegas.

VMware and AWS also announced several new add-on services to speed application migration to the cloud, a new option to use the cloud service as a second data center for disaster recovery, as well as improved scalability, security, and visibility for mission-critical and cloud-native applications.

For example, the cloud service – which essentially enables customers to spin up VMware environments in AWS – initially supported only several hundred virtual machines (VMs). In the coming months, it will support 32-host clusters and up to 10 clusters per software-defined data center, meaning a single enterprise customer can use VMware Cloud on AWS to support tens of thousands of VMs, said Ivan Oprencak, director of product marketing at VMware.

The announcement fulfills a promise that VMware made to add new cloud capabilities every quarter, he said.

“It’s a significant amount of capabilities that we’ve made available to our customers in a very short time frame and enables compelling use cases that our customers are demanding,” Oprencak said.

All top contenders for share of the enterprise cloud market, including AWS, Microsoft Azure, Google Cloud Platform, IBM, and Oracle, are ramping up their hybrid cloud capabilities, both through partnerships and by developing native capabilities. Its partnership with VMware, which is ubiquitous in the enterprise, is at the core of Amazon’s efforts on that front.

“The partnership gives AWS a hybrid story,” Owen Rogers, research director at 451 Research’s Digital Economics unit, said. “Years ago, the message from AWS seemed to be that the public cloud was enough, but over the past couple of years they seem to have accepted that enterprises like the option for both public and private cloud.”

The “Most Interesting” New Feature

VMware Site Recovery as a new add-on cloud service bolsters business continuity and disaster recovery. It allows enterprises with on-premises data centers to replicate their VMs and data to VMware Cloud on AWS.

If their main data center goes down, they can failover to VMware on AWS and keep their applications running with a simple click of the mouse, Oprencak said. Customers can also use the VMware Site Recovery service to back up one VMware Cloud on AWS environment to another AWS availability zone.

Oprencak said the offering provides enterprises an easier way to bolster disaster recovery without the expense of having to build and manage a second data center themselves.

“Disaster recovery-as-a-service is our most popular use case,” he said. “When a disaster strikes, you can fail over to VMware Cloud on AWS, and if you need more resources, you can dynamically add more nodes. And once the disaster is over, you can fail back to your on-premise data center. Everything is re-replicated, so you have the same state you had on VMware Cloud on AWS. And you can scale back down to the minimal footprint that you need to maintain replication.”

The Site Recovery service is the most interesting new capability, Rogers said.

“VMware on AWS’s whole value proposition is based on hybridity, and resilience across different cloud models is an important part of the story,” he said. “I like that you can choose to protect some workloads and not others. It’s a bit like an insurance policy on your wedding ring, but not on that tacky watch your grandmother left you.”

An application migration and portability service, called VMware Hybrid Cloud Extension, is a new add-on Software-as-a-Service offering on VMware Cloud on AWS. It allows large-scale workload migration into the cloud while allowing customers to keep the same networks, IP, and routing policies in place, the companies said.

To further simplify application migration and portability, they also announced plans to make VMware vMotion (which allows for live migration of VMs) available via AWS Direct Connect, Oprencak said. Direct Connect enables customers to connect their corporate networks to AWS through private links instead of via the internet.

“When they use vMotion, they don’t have to change their network configuration, and with AWS Direct Connect, they get a dedicated private link and the performance they need to do that work,” he said.

Also now available is Wavefront by VMware -- a cloud service that allows enterprise customers to monitor their VM infrastructure and get better visibility on their CPU and network usage, Oprencak said.

Finally, VMware announced a Hybrid Loyalty Program, offering one- and three-year subscriptions for VMware Cloud on AWS – which it said can lower prices by up to 50 percent compared to on-demand pricing

The VMware Site Recovery service is available immediately. VMware vMotion, Hybrid Cloud Extension, support for AWS Direct Connect, and multi-cluster support will be available during the fourth quarter of fiscal 2018, which ends on Feb. 3, 2018, the companies said.