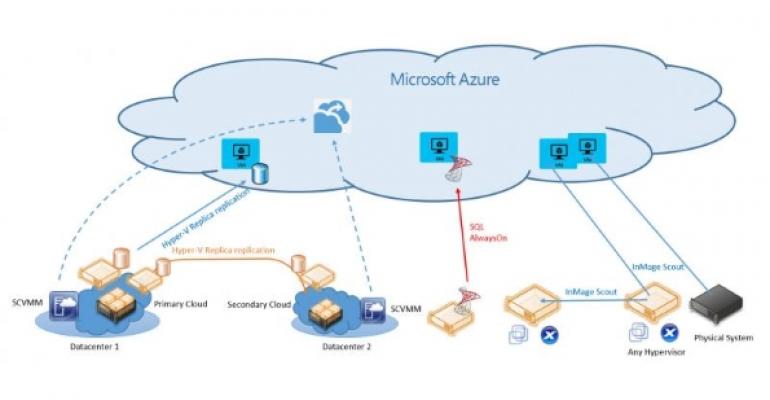 Q: What is Azure Site Recovery?

A: Azure Site Recovery is a cloud service that can be licensed on a per-virtual machine (VM) or per-physical instance basis. It enables the replication and orchestration of failover processes between a company's own physical sites to Azure services. Azure Site Recovery provides several "channels" that give organizations the ability to enable disaster recovery orchestration and replication regardless of their infrastructure. The channels that are currently available include the following:

What this essentially means is that Azure Site Recovery now enables disaster recovery for any environment, while ensuring that organizations can use the replication channel that's the best fit based on the workload and platform, and allowing a single Azure-based cloud service to facilitate the configuration and failover processes. You can perform replication from Hyper-V to Hyper-V, Hyper-V to Azure, VMware to VMware, VMware to Azure, and just about any other combination you can think of with Azure or Hyper-V as the target. The following figure summarizes Azure Site Recovery's replication and disaster recovery capabilities.