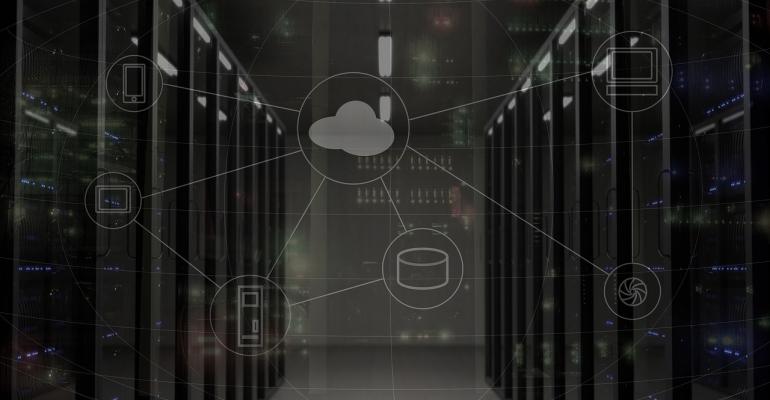 To See Which Vendors Are Serious About Your Cloud, See How Much Money It Makes Them

When evaluating the core components of IT right now — the cloud, machine learning, data storage and analysis, security, collaboration, productivity — it doesn't hurt to see whether the tool you'll rely on for business is the same one your vendor relies on to stay in business.

Imagine having the luxury of being able to say, "My $4.58 billion cloud services business is only a tiny slice of my overall revenue." Amazon can do that. Yesterday, the company released its Q3 2017 results and it's a testament to the breadth and scope of Amazon's business that Amazon Web Services' revenue comprised only 10.48% of total revenue.

It's impossible to do an apples-to-apples comparison: Both Amazon and Alphabet do not break out cloud-based revenue as a line item, so there's a lot of inferring how they're doing.

Alphabet lumps its cloud services revenue in with "other," where "other" also includes Google Play store offerings, hardware product sales, and Google licensing-related revenue. So while the "other" revenue for Q3 hit $3.4 billion and clocked 42% growth year-over-year, we don't know how much of that is from cloud-based service fees.

We also don't know how that cloud-based business is growing: Alphabet's been selling enterprise offerings for over a decade, starting first with a suite of apps and now with infrastructure and cloud offerings. There are no publicly-reported numbers to show how the business has grown (or not) over the past decade.

What we do know: There are companies that publicly commit to the Google cloud (PayPal is rumored to be close to a deal, Snap touted a $400 million deal with Google's cloud) and that gives the impression the cloud is a going concern for Alphabet. However, this is still a company that makes 89% of its money off Internet advertising. What percentage of the remaining 11% revenue comes from the cloud is irrelevant to the bottom line; if it mattered, Alphabet would call it out.

Similarly, Amazon makes almost 90% of its revenue off non-cloud concern, i.e. the retail business and services it's most famous for among consumers. This past quarter, it made $4.58 billion from AWS, 10% of the $43.7 billion in total revenue.

This isn't to imply that Amazon isn't interested in growing AWS. This past quarter, it launched per-second billing for Linux-based EC2 instances, Elastic Graphical Processing Units (GPU), Elastic Block Store (EBS) Volumes, AWS Batch, and Elastic Map Reduce (EMR) and it introduced a migration tool for customers. Both signal a refinement of the customer experience, which suggests a commitment to maintaining and growing the business. Amazon treats AWS as a growing concern — but like Alphabet, it can afford to take big risks or absorb failures more easily because the cloud is only a smallish percentage of its bottom line.

By contrast, cloud-based services provided 20% of Microsoft's bottom line this past quarter, and that percentage is expected to keep growing as the company continues its strategy of pushing "digital transformation." It's seen the writing on the wall when it comes to PC sales: As computing environments become more diffuse and pervasive, there's less money in desktop or laptop computing. Revenue has to come from somewhere else.

So why do we care how many billions Amazon, Alphabet and Microsoft are making in the cloud relative to the many more billions they make from other products? Because cloud revenue gives us clues as to what these companies tolerate in experimentation, product support and failure.

Compare the three different market positions: Microsoft is visibly positioning itself as the company that will help optimize industries and cultures via a set of tools for logging, storing, analyzing and acting on data. Alphabet is an ad company with a search engine attached and the implicit promise of throwing its technical faculties into a commercial cloud venture, the scope of which is currently unknown. Amazon is a retail venture which enjoys the first-to-market advantage on infrastructure services.

The divisions that make the most money tend to get favorite-child status while they're performing well. When that division fails to maintain its growth and dominance — that's when companies reorganize, retrench, redefine their mission and reallocate resources. We saw it as Microsoft committed to the cloud upon Satya Nadella's ascension to CEO three years ago, and touted the growth story there; we saw it when Nadella addressed the crowds during the Microsoft Ignite keynote in September 2017 and did not make one mention of Microsoft Windows. Imagine traveling back in time to 2001 and telling your XP-upgrading self, "One day, Microsoft Windows will no longer be the star of the narrative."

Being an ad services company with a cloud sideline doesn't mean that the cloud product isn't good or useful. It does mean, however, that if the cloud division does not grow, it may be considered less than vital to the company's core competency. Thus developing services and customer experiences to remain competitive with other market rivals may not be a company priority.

When evaluating the core components of IT right now — the cloud, machine learning, data storage and analysis, security, collaboration, productivity — it doesn't hurt to see whether the tool you'll rely on for business is the same one your vendor relies on to stay in business.