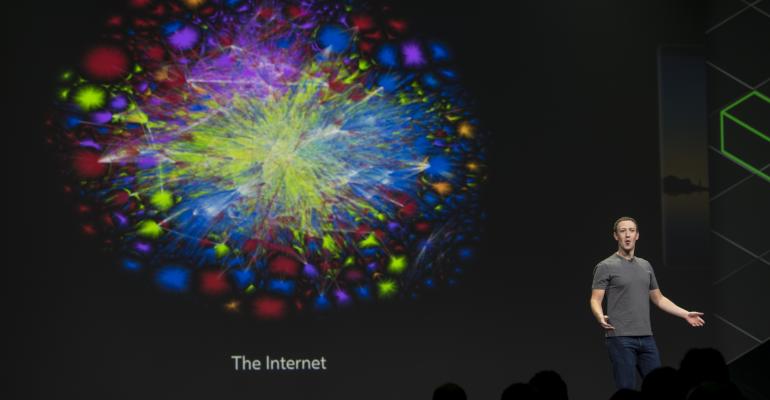 Now Tech Moguls Have to Work to Appear Not-Evil

Something weird is happening in the technology industry: Giant companies are suddenly worrying about what people think of them.

(Bloomberg View) -- Something weird is happening in the technology industry: Giant companies are suddenly worrying about what people think of them. It's not that Apple Inc. or Facebook Inc. didn't give a fig before. It's just that they've come to realize that people doubt their sincerity when it comes to industry slogans like "Don't be evil."

All the main players face questions about whether they harm democracy, people's health, fair competition, economic equality and privacy. This has been front-page news throughout this year and a hot topic in business circles and among politicians on the left and right.

It makes sense, then, that tech companies are concerned. And that's showing up in varying degrees with charm offensives and less public attempts at molding the perception of their impact on the world.

The most visible effort to combat tech backlash is Mark Zuckerberg's highly public tour of America, which featured Facebook's billionaire chief executive attending an African-American church in South Carolina, chatting with recovering drug addicts in Ohio and sitting on a tractor at a farm in Wisconsin. Zuckerberg also wrote a long manifesto about his mission to make Facebook foster stronger communities in real life. And his family's money is also funding an ambitious philanthropic organization.

I don't want to imply that Zuckerberg isn't earnest about trying to make Facebook, or his wealth, forces for good. But his quasi-presidential tour was also useful to tilt the narrative away from the escalating political and social crises faced this year by big technology companies, including his.

And he's not the only tech titan trying to shape his company's image for the better. Apple CEO Tim Cook is no stranger to scandals about how Apple suppliers mistreat workers or the environmental harm of smartphones. This year, he has continued to speak out about those subjects while criticizing misinformation campaigns online and pledging to protect customers' digital information.

Amazon CEO Jeff Bezos used to mostly tweet about his cool personal space initiatives. Now his Twitter account is threaded with anecdotes about good works. He has solicited suggestions on his philanthropy, highlighted news that Amazon planes were transporting supplies to hurricane-ravaged Puerto Rico and retweeted an article about a 7-year-old who used Amazon's gift registry to create a food pantry.

The company has also been busy behind the scenes countering news articles that suggest it is harming other retailers, weighing down local economies or squashing competition.

There's less direct evidence of Google's perception campaigns, but news organizations this year have reported on ways that its parent company, Alphabet Inc., has sought to shape opinions by swaying research on its influence and backing legal scholars who support the way the search giant uses its market power.

Big tech companies' feel-good campaigns are also accompanied by hard-headed lobbying in pursuit of their interests. Google has for some time been one of the savviest power brokers in Washington, although its influence may be waning. The other big U.S. technology companies are quickly learning to navigate the Beltway. Google and Amazon are among the biggest corporate spenders on federal lobbying this year, and Facebook isn't far behind, according to data compiled by the Center for Responsive Politics.

Washington is now rethinking its relatively light-touch regulation of internet companies, and the tech companies have been working behind the scenes to counteract or reshape proposed legislation that would require more disclosure of political ads on their websites and potentially expose them to legal liability for users' digital activity. There is a sometimes awkward contrast between the tech giants' warm-and-fuzzy image-shaping efforts and their sharp-elbowed maneuvering in pursuit of political and regulatory goals.

It's understandable for big tech to find multiple approaches to tackle the backlash against their size, wealth and influence. Being forced to account for their rising power was the biggest industry theme of 2017, and the reckoning will continue. So these companies can't stop at talk and mythmaking. They also must persuade, with actions, that they're doing more good than harm.