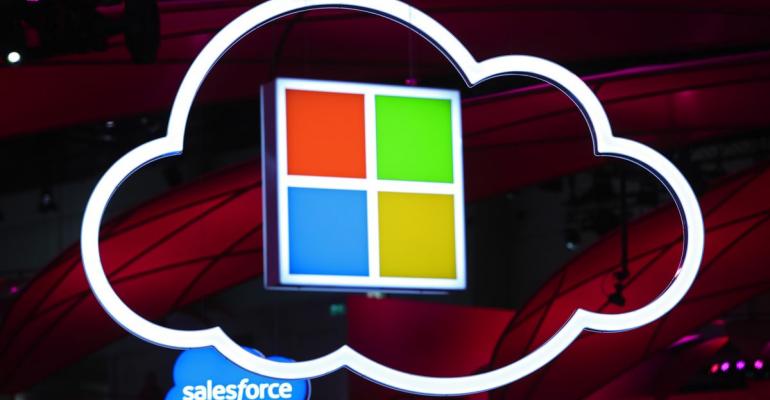 Microsoft Removes Mention of Cloud Work for ICE After Protests

Microsoft Corp. scrubbed an online reference to its work for U.S. Immigration and Customs Enforcement as the agency faces criticism for its role in separating families at the U.S.-Mexican border.

(Bloomberg) -- Microsoft Corp. scrubbed an online reference to its work for U.S. Immigration and Customs Enforcement as the agency faces criticism for its role in separating families at the U.S.-Mexican border.

On Jan. 24, Tom Keane, a Microsoft executive, wrote a blog post about new contracts with the U.S. Air Force and ICE for the company’s Azure cloud-computing service. Keane touted Azure’s ability to help the agency handle "sensitive unclassified data" and use tools such as facial recognition and identification. "The agency is currently implementing transformative technologies for homeland security and public safety, and we’re proud to support this work with our mission-critical cloud," Keane wrote in the post.

As of Monday morning, the portion of the post mentioning ICE was missing. The earlier, full version of the post was accessed via the Wayback Machine, a historical record of websites maintained by the Internet Archive. On Monday, Bloomberg News asked Microsoft about the work, and the removal of that section of the blog. Soon after, it was back online.

"An employee edited the blog after seeing commentary in social media. This was a mistake and as soon as it was noticed the blog was reverted to previous language," a Microsoft spokesman said.

Over the weekend, several lawmakers and human rights organizations blasted the White House policy of separating migrant children from their parents at the border. Tech Workers Coalition, an advocacy group, wrote on Twitter that Microsoft employees should decide whether they will "be complicit" in the Administration’s immigration policies. Some other tech executives weighed in, too.

Microsoft currently has $19.14 million in active contracts with ICE, according to Bloomberg Government data. Cloud-computing and software rivals, including Amazon.com Inc., Alphabet Inc.’s Google and IBM, regularly compete for similar government work. Some of these other companies have been criticized for such activity -- in particular Google and a contract with the Pentagon.

After restoring the blog language, Microsoft issued a statement noting its opposition to the separation policy. "Microsoft is dismayed by the forcible separation of children from their families at the border," the company said. "We urge the administration to change its policy and Congress to pass legislation ensuring children are no longer separated from their families."

Brad Smith, president of Microsoft, also wrote a post on LinkedIn on Sunday that suggested he wasn’t a fan of the ICE approach.

"This Father’s Day provides an opportunity to recall one thing we shouldn’t take for granted – the opportunity to be with our children," he wrote. "Given the news of migrant children being separated from their parents at the US-Mexico border, it’s especially poignant this year."

"When we keep children with their parents, we not only follow in the footsteps of one of the world’s oldest and most important humanitarian traditions, we help build a stronger country," Smith added.

This is the latest immigration issue to roil relations between the U.S. government and the tech industry. Last year, the sector pushed back against President Donald Trump’s ban on travelers from several mostly Muslim countries and have been urging Congress to help "dreamers," undocumented immigrants brought to the U.S. as children.

On June 16, Google’s head of artificial intelligence Jeff Dean tweeted that the separation policy "is immoral and an affront to the values for which many of us stand."

Amazon founder and CEO Jeff Bezos used Father’s Day to remind Twitter followers of his dad’s immigrant origins: "My dad came here from Cuba all by himself without speaking English when he was 16 years old, and has been kicking ass ever since," he wrote.