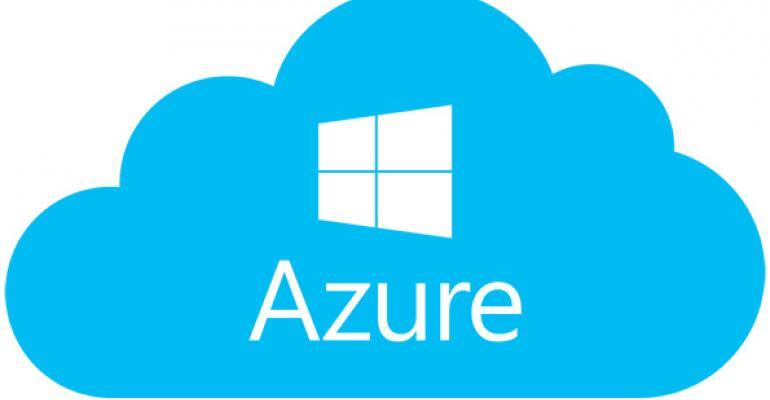 With Microsoft's Ignite conference taking place next month, ITPro Today reached out to a number of partners and users of the Microsoft Azure cloud platform to get their view on what's right, what's wrong and what's needed to help "ignite" Azure to greater success.

Microsoft didn't invent cloud computing nor is it the No. 1 player in the market, trailing leader Amazon Web Services (AWS). However, that isn't stopping Microsoft from aggressively innovating and adding services to grow its share and better serve users both new and old.

With Microsoft's Ignite conference taking place next month (Nov. 4-8 in Orlando, Fla.), ITPro Today reached out to a number of partners and users of the Microsoft Azure cloud platform to get their view on what's right, what's wrong and what's needed to help "ignite" Azure to greater success.

"Microsoft is doing a lot of things right with Azure – and the numbers back it up," Bailey Caldwell, vice president of Cloud Solutions Engineering at Flexera, told ITPro Today.

Caldwell said that one of the big findings from Flexera's 2019 State of the Cloud research is that Azure has narrowed the gap with AWS. Azure adoption reached 85% of AWS adoption, up from 70% last year, and adoption is 89% among enterprises with more than 1,000 employees.

"We credit Azure's growth to a myriad of factors, including an aggressive approach to pricing and product innovation," he said.

Relying on Azure for IIoT

For Christian Lutz, CEO at Crate.io, which is a Microsoft technology partner and provider of data management solutions to industrial internet of things (IIoT) companies, Azure is doing a good job because of its global availability and innovation speed.

"Azure continues to do a great job ensuring global availability, which enables us to offer our hosted-on-Azure industrial IoT cloud service anywhere our customers are," Lutz said.

For example, a large manufacturing customer based in the U.S. has 180 plants across 45 countries, and it has been easy to connect to each region working with Azure, he said. With Azure rolling out new capabilities quickly, Lutz said Crate.io has in turn been able to make its own offering more cost-competitive and feature-rich. In addition, Azure is the largest platform as a service (PaaS) available for his company's IIoT-specific requirements, which range from IoT edge components to artificial intelligence (AI) and predication capabilities, he said.

"We'd love to have the same capabilities on Azure as they have for their first-party services — e.g., portal integration, metering, billing, etc.," he said. "Things are progressing on this front, but more iteration on this front would enable faster scale for both Microsoft and its partners."

Solution Providers Gain an Edge but Worry about Costs

Another strong supporter and user of the Microsoft Azure cloud platform is Folsom, Calif.-based AgreeYa Solutions, a global provider of solutions services and software. Ajay Kaul, managing partner of AgreeYa, said one of the latest offerings of Azure provides the ability to become an indirect cloud solutions provider (CSP) partner, which empowers partners like AgreeYa to have end-to-end ownership of the customer life cycle and relationship for Azure.

"There have also been significant improvements to Azure’s DevOps services, such as Azure Pipelines update for Kubernetes deployments," Kaul said. "This makes it easier for developers to deploy to a Kubernetes environment on any public cloud and simplifies adoption of containers."

In addition, Azure is simplifying the ability for developers to build, train and deploy machine learning models for enterprises, he said. One example is the low-code AI Builder for Power Platform preview that allows AgreeYa to quickly prototype and in some cases design an entire solution incorporating AI for its customers.

Pricing, however, is an issue.

"Where AWS and GCP [Google Cloud Platform] are beating Microsoft Azure is in pricing," Kaul said. "To stay competitive, Microsoft should work to reduce Azure’s costs, as it is currently more expensive compared to AWS and GCP."

Smith lauded Microsoft’s development of the Azure Lighthouse, which he said allows managed service providers such as Unitas Global to manage multiple customer environments from a single location. "This has changed the game on how MSPs can provide support at scale for all of their clients using the Microsoft Azure ecosystem," he said.

Another improvement cited by Smith is that Microsoft now provides monthly payment options for Azure reservations, whereas before you had to pay for a reserved instance upfront as a capital-type expense. This allows the public cloud to truly be an operational expense model, as it is designed to be.

Despite these changes, however, Smith said Microsoft needs to continue to focus on driving costs down.

"There are times when pricing out the differences in Azure versus other cloud providers that Microsoft can be more expensive," he said. "This is not a huge deterrent to using Azure, but sometimes trying to explain the benefits of using Azure to a customer that is primarily focused on costs is difficult."

What Should Be Coming at Microsoft Ignite?

What should we expect from Microsoft Ignite? Azure partners and users shared their expectations.

AgreeYa's Kaul said that based on the current market trends and feedback from organizations, he expects new and improved AI capabilities and recognition services. In addition, he expects to see a simplified blockchain development by taking an application-driven approach to Azure Blockchain Service improvements.

Kaul also is hoping to see improvements to the Azure IoT stack, including IOT Hub and Stream Analytics.

Unitas Global's Smith said he's hoping Microsoft will continue to drive the partner ecosystem at Ignite as it has been doing at other conferences this year.

"I also hope that Microsoft will continue to develop a much easier and automated Azure patching platform for both on-prem and public cloud environments," he said.

"The top of our wish list would be custom metering for Azure Marketplace and an even better integration of partner offerings," Lutz said. "Aside from that, I could see stuff around AI getting announced at Ignite. AI needs more democratization, and it would be cool to see Microsoft lead that based on all the new cycles you see [Microsoft CEO] Satya [Nadella] give it."