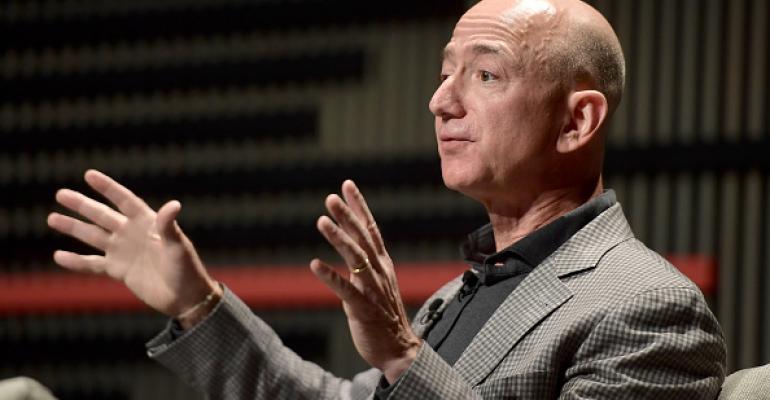 Innovation Would Suffer if Amazon Split Up AWS Cloud, Retail

AWS cloud business is booming, but what would happen if it was split from Amazon's retail arm? Unitas Global CTO Grant Kirkwood weighs in ahead of AWS re:Invent.

Amazon has officially picked two cities out of the hundreds that bid to be its next headquarters, splitting its second HQ into two. Since Amazon has proven it is not averse to splitting, would it consider separating AWS cloud from its retail business?

This is something that analysts have pondered in recent months as Amazon’s cloud arm continues to see runaway growth in revenue, tracking ahead of the other hyperscale cloud providers Microsoft and Google. The argument is that by creating two separate companies, one for cloud and one for retail, Amazon would bring more value to shareholders while reducing risk of regulation.

Citi analyst Mark May said in September that Amazon and its CEO Jeff Bezos has a target on its back from the Trump administration, and as such it could be exposing its booming AWS cloud business to a potential investigation and subsequent regulation.

With AWS re:Invent just a couple of weeks away, the speculation that Amazon may consider splitting its cloud business is top of mind for Grant Kirkwood, founder and CTO of Unitas Global, which helps enterprises adopt public cloud – including AWS – through a range of services.

“This is one of those perennial things that come up, it seems like it’s on a two-year cycle,” Kirkwood said about the recent analyst pitch to split Amazon from AWS. “[In 2014] it was because AWS was losing so much money so therefore it was saddling the retail business and so they should split off, so they can be more focused now that AWS is making lots of money.”

In its third-quarter earnings, released at the end of October, AWS brought in $6.7 billion in revenue and more than $2 billion in operating income, according to MarketWatch.

“It’s interesting, because from a business perspective because typically as companies get larger, particularly at the multi-billion level and above, they become harder to steer, and less agile and innovative,” Kirkwood said. “Amazon has given notice to this concept, they’ve proven that it doesn’t have to be a rule. And they’ve done it at massive scale.”

This approach to innovation is baked into the DNA of Amazon, and has been applied to both business lines, which Kirkwood said that it is the main reason AWS has forged so far ahead of its competitors in the public cloud market.

“One of the downsides of the traditional retail business is it’s not super high margin, it’s not a super sexy business, it kind of plugs along and keeps growing. That predictability serves as a buffer to that AWS business unit, allowing them to take more risks and do things that if it were a freestanding business there might be less appetite to do.”

A recent article by U.S. News noted that as recently as the first half of 2017, Amazon was unprofitable without AWS, suggesting that breaking up the lines of business would be damaging to the retail business and it would force shareholders to pick and choose between a business that is soaring and one that is stagnating.

U.S. News reporter John Divine wrote that “the fast-growing, high-margin AWS provides vital funds for the rest of the company that allow Amazon to innovate, take risks, and invest in other things – like the low-margin retail business, overnight shipping, logistics, warehousing, Alexa development, Prime Music and Video and much more.”

While Kirkwood suggests a split is unlikely anytime soon, in the short term it wouldn’t have much of an impact. But the long-term could be a different story.

“If there’s a split internally then you start to have a divergence in culture,” Kirkwood said. “You would typically say that that would go well for one of the business units and not as well for the other, because historically that’s how splits generally go.”

Though AWS is still in the lead when it comes to public cloud market dominance, that could change after a split.

“The moment that you start to see Amazon slow the pace of innovation you’re going to have those two players come up behind them pretty quick,” Kirkwood said.