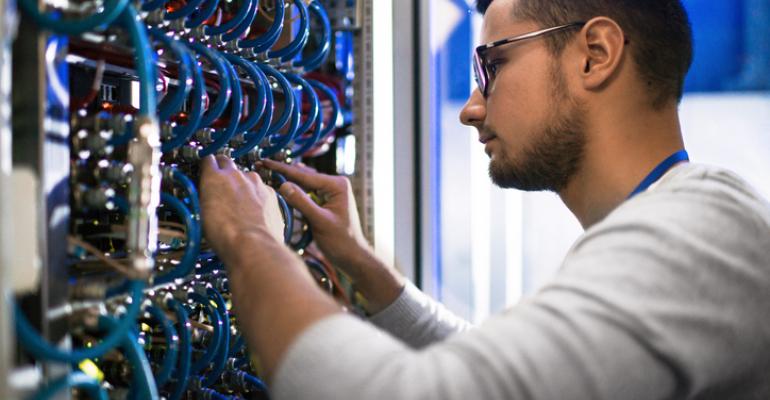 With Google releasing its Cloud Services Platform (CSP) in beta recently, all three hyperscale cloud vendors have an option for enterprises to standup cloud services on-premises to take advantage of a hybrid cloud architecture.

Enterprises are still quite far from ditching their data center investments completely, and so public cloud vendors are finding ways into those data centers to ease the transition when – or frankly, if – the time comes for them to fully migrate to cloud.

With Google releasing its Cloud Services Platform (CSP) in beta recently, all three hyperscale cloud vendors have an option for enterprises to standup cloud services on-premises to take advantage of a hybrid cloud architecture; Amazon Web Services (AWS) has Outposts, and Microsoft has Azure Stack, which also offers a government version for its public sector users. Then there is VMware Cloud on AWS, which recently added new availability regions in central Canada, Paris and Singapore.

Google acknowledges that most organizations will take a gradual approach to cloud adoption, and for enterprises with deep investments in legacy data and IT systems or in highly-regulated industries, this process may take longer. Therefore, strategies that employ hybrid cloud architecture are ideal for long-term planning, Google said in its recent report, Future of cloud computing.

Google Cloud CTO Brian Stevens said in the report that legacy systems and architectures will be in tact for “the next number of years” but enterprises will use public cloud technologies for new workloads and data analytics projects. He suggests that enterprises adopt cloud on their own terms, by modernizing applications in place to keep existing systems while incorporating innovative cloud services where they will add value.

Cloud offerings such as Google’s CSP help enterprises leverage existing IT investments in a hybrid cloud architecture. The offerings essentially provide a way for enterprises to gain more control over cloud services by being able to host them in-house, and in the case of CSP, on their existing hardware. The services allow on-premises instances to function as a part of a larger hybrid cloud strategy, where the same controls are used to manage on-premises cloud services and services that live in the public cloud. This attempt to provide a seamless experience for enterprises is the vendor meeting the client where they are, instead of pushing them to cloud environments before they are ready, and from a practical standpoint, it means that enterprise developers can develop applications once and deploy to different environments.

“As cloud adoption increases, hybrid and multi-cloud models will become the norm, with every enterprise assembling a mixture of cloud services and legacy applications to meet their needs. This approach brings the cloud to the enterprise, rather than bringing the enterprise to the cloud,” Google said. “We can expect a world in which cloud computing is the standard – and where open, interoperable tools play a crucial role in connecting a company’s data and applications across environments.”

Google will certainly go into more detail on CSP in sessions at its upcoming Google Cloud Next conference in San Francisco next month (stay tuned for ITPro Today coverage) but in the interim here is an overview of the on-premises cloud offerings from Google, AWS, and Microsoft.

“We’re working with some of our largest customers to modernize their applications with CSP,” Kyle Bassett, partner at Arctiq said in a statement. “For our customers in regulated industries and government agencies, the ability to run in their current data centers reduces risk and enables them to get many of the benefits of the cloud while still meeting their internal compliance and regulatory requirements. CSP gives us the flexibility to use GKE On-Prem for sensitive workloads and keep them on-prem while using GKE in the cloud for other strategic applications.”

Other features announced with the beta version of CSP include Istio, its open-source service mesh that secures communications between microservices, monitors performance and manages traffic and API calls between services; and a GSP marketplace for third-party tools. CSP Config Management allows customers to do policy management and monitoring for on-premises and cloud-based clusters.

Google said that its offering is different from AWS’ and Microsoft’s in that it doesn’t require enterprises to purchase specific hardware since CSP is a software-based solution.

Initially, Azure Stack was software-only, which would have allowed customers to run it on the hardware of their choice, but as an all-in-one appliance, Microsoft said it is able to deliver a better, more secure product.