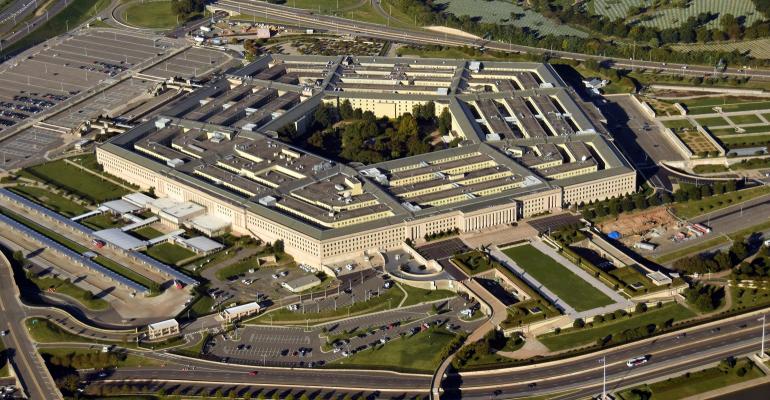 How the JEDI Cancellation May Influence Future IT Contracts

When the Pentagon pulled the plug on the $10 billion cloud deal, it raised questions on how big IT contracts might be handled going forward.

Ongoing legal challenges from AWS may have prompted the end of the Joint Enterprise Defense Infrastructure (JEDI) cloud contract awarded to Microsoft by the Department of Defense -- the fallout could affect how major IT deals are structured in the future.

The Pentagon cancelled the JEDI contract in early July rather than continue to deal with protracted litigation. This has raised questions about how such major contracts are doled out and whether it makes sense to stick with one vendor provider in a multi-cloud world.

“The issue here was the length of the contract and the amount being awarded,” says Tracy Woo, senior analyst with Forrester. She says in most scenarios there is usually not such a legal battle holding up contracts, though it can happen with bigger contracts where the winner takes all with a huge sum of money at stake.

The legal quagmire that bogged down JEDI for some two years may have informed decisions made recently by other government entities on their IT strategy, Woo says. “The CIA is already working on putting out its own multi-cloud contract because of the holdup with JEDI.”

When Microsoft initially won the exclusive $10 billion JEDI contract in 2019 to update IT infrastructure for the military and its related services with cloud computing resources, objections arose from AWS. Even prior to that, Oracle complained about the contract back when it looked like AWS was poised to win it all. “The first one to file a lawsuit was Oracle,” Woo says. “They really didn’t have two legs to stand on, but they were the major on-premises provider for the government. They had a lot to lose if they weren’t the ones helping with the migration to the cloud.”

There was a presumption that AWS would win the JEDI contract, she says, which contributed to the later uproar when it did not. “The biggest thing was they were the only ones that had the IL6 (Impact Level 6) clearance,” Woo says, referring to federal authorization to handle classified information marked as SECRET. “Microsoft had not had it yet,” she says. “They were able to get provisional clearance and somehow they were able to swoop in ahead of AWS.”

At the time, very public differences between Jeff Bezos, now Amazon’s executive chairman, and the former White House administration framed the complaint from AWS. Andy Jassy, who was CEO of AWS and now CEO of parent Amazon, previously pulled no punches when he called out what he saw as unfairness in the awarding of the contract. Similar sentiments were shared outside of AWS as well.

“There was obvious bias with what was being awarded and why it went to one company over another,” Woo says.

Though the deal is dead, the nature of the JEDI contract, where one vendor would fulfill the breadth of cloud computing overhauls for 10 years across the military, still raises questions. “It’s a good lesson for the government,” Woo says. “Hopefully, it teaches them to try to remain more vendor agnostic and to not create such an exclusive and incendiary contract.”

There was disdain, she says, that the JEDI contract was not multi cloud but not just for the simple sake of involving more vendors. “This is a highly regulated [space] with lots of compliance issues,” Woo says. “There needs to be a lot of redundancy, a lot of availability. Relying on one cloud provider to do all of the functions didn’t make sense.”

Such lessons seem to be sinking in already -- to a certain degree. With the demise of JEDI, the Department of Defense announced simultaneously the Joint Warfighter Cloud Capability (JWCC) project, which will be a multi-cloud and multi-vendor contract. Though the announcement of JWCC did open up opportunities for more vendors in theory, the Pentagon listed Microsoft and AWS as the only vendors that currently have cloud services that meet their requirements.

It is a step in the right direction though, Woo says, to be more vendor agnostic without favoring one company, and to not make the length of the terms of deal so exclusive. “Ten billion dollars for 10 years is a big a deal for any company,” she says. Shrinking the deal size with JWCC and shortening the period to five years could give other vendors chances to get in the running. “There are still a lot of folks trying to enter public cloud,” Woo says.

These days, however, there is AWS Outposts, which offers AWS infrastructure and services on-prem, and VMware Cloud on AWS, which brings VMware’s data center software to the AWS cloud. Microsoft is likewise opening up with its Azure Stack, which extends Azure to the environment of the user’s choice. “This is all in the name of being more useful and more present to more people,” Woo says.