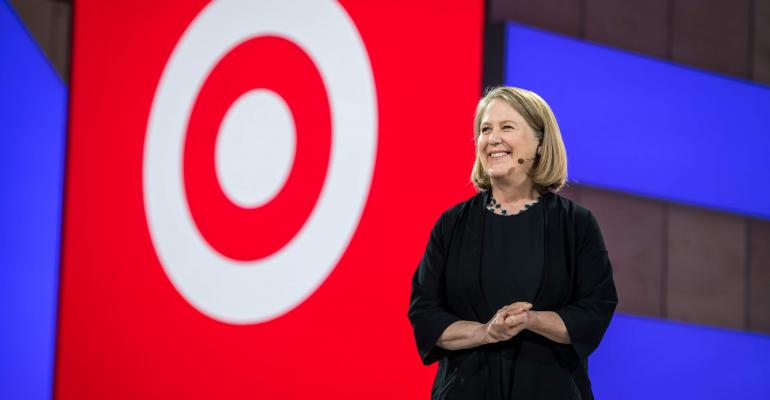 Google Cloud Next draws 25,000 attendees as the cloud giant covers topics from enterprise-ready cloud business capabilities to AI, making the case for why it is the best option for enterprises.

(SAN FRANCISCO) - While legacy enterprise IT vendors may struggle to keep up with innovations in artificial intelligence and containers, Google has a different challenge: persuading enterprises and analysts that its entry-level requirements for being a competitive cloud business -- its table stakes, as it were --  are on par with its cloud competitors.

In her Google Cloud Next keynote on Tuesday, Diane Greene emerged out of a robotized shipping container to demonstrate how Google Cloud is enterprise-ready, bringing out executives from customers including Target, Nielsen and eBay to support her pitch.

“We’re proud of having the table stakes that the enterprise needs,” Google Cloud CEO Greene said, pointing to recent recognition by analyst firms Gartner and Forrester.

This is not a new story from Google, and it seems that the company may be a bit tired of telling it. But enterprises do not jump into new technology without proof that it works, and there are security and compliance issues to consider as well. Machine learning may help address a lot of enterprise pain points in the cloud, including detection of security anomalies.

“We’re a leader in every layer of security,” Greene said, acknowledging that security is still the number one concern Google hears from its enterprise customers.

Like other cloud providers, Google divides its customers into verticals, packaging industry-specific services and tools for healthcare, retail and manufacturing. Greene said this vertical strategy, where it combines customer-facing domain expertise with engineering domain expertise, has been critical for its cloud growth.

“We focus on engineer-to-engineer collaboration,” she said, noting that its engineers outnumber sales reps.

Google CEO Sundar Pichai said that Google’s mission is timeless, and while in the beginning, its focus was on helping users in their personal lives, over the past decade it has expanded that mission to include enterprise users as well.

“We want to help companies of every size,” Pichai said.

Obviously, Target is on the larger size of the spectrum. The retailer is running on Google Cloud as part of a broad digital transformation, Target CIO Mike McNamara said.

McNamara joined Target three years ago, transforming “just about everything” in that time. IT become an engine for growth, he said, as Target organized its team around DevOps.

For every Google innovation that centers on the end-user experience, like Duplex, the virtual assistant that can carry on phone conversations with humans and book appointments, there are less flashy improvements being driven at the enterprise-level.

“Having Istio and Kubernetes, you manage not just implementation and deployment of a service, but you manage the service itself as it is running,” Urs Hölzle, VP of technical infrastructure at Google said.

Hölzle said that Istio gives users a common platform to train your people against, reduced complexity, and lower costs.

On the Kubernetes side, Google announced a version of Google Kubernetes Engine service that will run in customer data centers.

Google Cloud Next runs until Thursday in San Francisco.