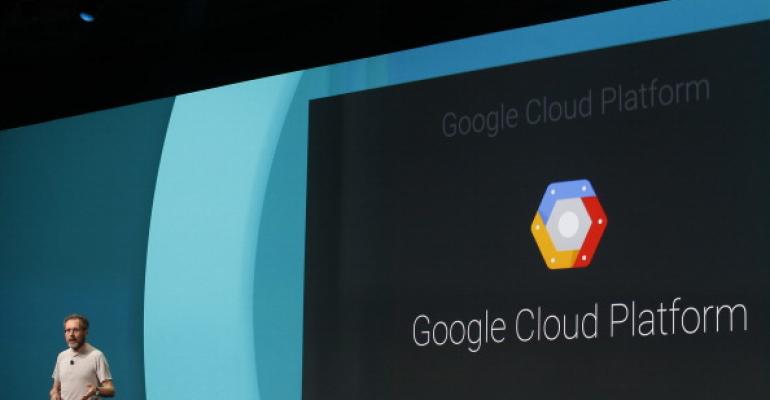 Google and Cisco Signed the Papers, and Now Starts the Heavy Lifting

What to look out for when the latest marriage in the land of hybrid cloud starts bearing fruit.

There is probably no vendor closer than Cisco to the kind of ubiquity VMware enjoys in enterprise data centers. Zooming out from the technical details of Cisco’s recently announced cloud partnership with Google, this is a key thing to understand.

Recently, the leadership at Amazon Web Services and Google Cloud Platform started taking steps that demonstrate an understanding that the road to the traditional enterprise market lies through companies whose products are already in enterprise data centers. Their top rivals – Microsoft, IBM, and Oracle – are such companies, and the most obvious way to deal with that reality is to partner with other enterprise stalwarts, such as Cisco and VMware.

Hence, since this past August you can spin up VMware servers in AWS that reportedly look and act like they’re on the same network as your on-premises VMware environment (result of a partnership between Amazon and VMware announced a year earlier), and sometime next year you’ll be able to run a Google cloud software stack on a Cisco HyperFlex system inside your data center that will make GCP an extension of your on-premises IT (or vice versa).

“This type of announcement gets them [Google] a tremendous amount of enterprise attention,” Stephen Elliot, program VP for management software and DevOps at IDC Research, said in an interview with Data Center Knowledge. “These types of announcements are a recognition that the companies that are going to win in the future are going to be those that really understand the legacy challenges” but present a roadmap for transitioning that legacy to any cloud environment.

Another thing Google and Cisco’s partnership does is provide new enterprise distribution opportunities for Kubernetes, the Google-born open source project that’s quickly becoming the dominant platform for managing and orchestrating Linux containers, he added. Built to mimic the way Google deploys and runs software across its global data center network, Kubernetes will likely become core to the way most developers and IT operations staff work in the future.

In Google and Cisco’s vision, Kubernetes is how software deployed on-premises will run the same way cloud-native software runs in the cloud. In a different partnership, Google, VMware, and Pivotal are busy adopting Kubernetes for VMware – another path to the enterprise data center for the open source platform; both Amazon and Microsoft recently joined the Cloud Native Computing Foundation, the Linux Foundation group that now administers Kubernetes; and Docker, the company that did more than any other to popularize use of application containers, is integrating Kubernetes with its flagship enterprise product.

Also born at Google, also open source, and also part of the future hybrid cloud stack by Cisco and GCP is Istio, whose alpha release Google, IBM, and Lyft launched in May. An enabling technology for container-based systems, it is a way to combine micro-services that run in containers into applications without altering their code and to manage and secure them in a consistent manner.

Another part of the stack is Apigee, the API management platform Google acquired last year. This is key to unlocking the value of hybrid cloud. Through APIs, services running in Google’s cloud will be able to access and use data stored on legacy enterprise systems in company data centers.

We’re witnessing early stages of what Elliot described as a “massive workload migration decade,” and both technology vendors and their customers are going through the thought process necessary to build the enterprise technology platforms of the future. As enterprises go through the process, the vendors have to be prepared to help them migrate to those platforms.

There are tens if not hundreds of billions of dollars of “technical debt,” or investment in existing enterprise data centers out there. “There’s also CIOs recognizing that different workloads are going to be on different types of architectures,” Elliot said.

Helping CIOs get to a point where their teams are using modern application architectures while leveraging their existing tech investments is key. A partnership like Google and Cisco’s can be really interesting for large enterprise accounts, but it will depend on the way the partners will handle the integration.

Since the partnership revolves around open source technology, there’s also the question of how much the vendors expect to rely on the open source communities to enable this integration, and how much individual enterprise end users are willing to invest in open source development efforts themselves, he pointed out.

The fundamental question overall is how complete of a package enterprises can expect to see once the solution hits the market. What level of integration between Kubernetes, Istio, Apigee and their own systems should they expect, how much security will be baked in, and what level of support they will get?

We’ll start seeing answers to those questions next year, but they are questions all technology vendors who are hoping to survive in the enterprise market should be working to answer. “It’s going to be a multi-cloud world, and it’s going to be pretty complex,” Elliot said. “If you’re not in this game, making these kinds of announcements, you’re on the edge of a cliff.”

Cisco Cuts Workforce by 7% to Speed Transition to Software
Aug 17, 2016