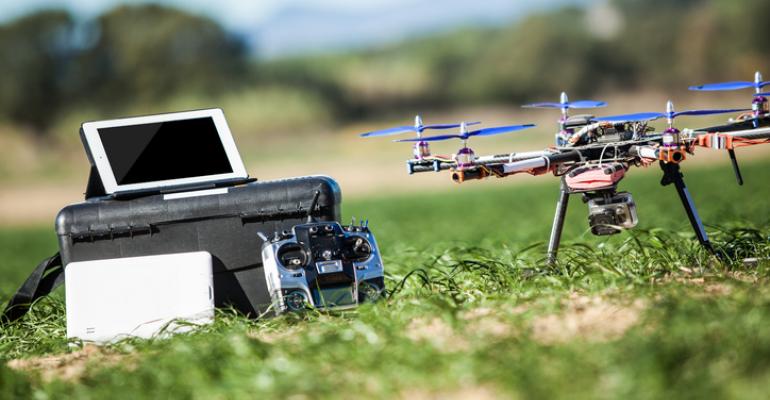 The feature is part of a recent Pentagon contract involving Google’s cloud unit, which is trying to wrest more government spending from cloud-computing leaders Amazon.com Inc. and Microsoft Corp.

(Bloomberg) -- Google’s artificial intelligence technology is being used by the U.S. Department of Defense to analyze drone footage, a rare and controversial move by a company that’s actively limited its work with the military in the past.

A Google spokeswoman said the company provides its TensorFlow application programming interfaces, or APIs, to a pilot project with the Department of Defense to help automatically identify objects in unclassified data. APIs are software-based rules that let computer programs communicate. TensorFlow is a popular set of APIs and other tools for AI capabilities such as machine learning and computer vision.

The feature is part of a recent Pentagon contract involving Google’s cloud unit, which is trying to wrest more government spending from cloud-computing leaders Amazon.com Inc. and Microsoft Corp. Alphabet Inc.’s Google bids on federal contracts and supplies some equipment to the military, but it has been sensitive about how its technology is used.

"The technology flags images for human review, and is for non-offensive uses only," the Google spokeswoman said. "Military use of machine learning naturally raises valid concerns. We’re actively discussing this important topic internally and with others as we continue to develop policies and safeguards around the development and use of our machine learning technologies."

Related: As Houston Cleans Up from Harvey, FAA Allows Drones to Help

After Google bought AI specialist DeepMind in 2014, the company set up an ethics committee to ensure the technology wasn’t abused. When it bought a series of robotics companies, it pulled one of them, Shaft Inc., from a Pentagon competition. After the acquisition of Skybox, Google cut some of the satellite startup’s defense-related contracts and ultimately sold the business.

Information about Google’s pilot project with the Defense Department’s Project Maven was shared on an internal mailing list last week, and some Google employees were outraged that the company would offer resources to the military for surveillance technology involved in drone operations, Gizmodo reported earlier.

Google’s attitude toward military work may be changing as its cloud business competes with AWS, Microsoft and other rivals. The U.S. government is already a big cloud customer and the Pentagon is looking to the technology sector for new tools and strategies, including AI.

In August, U.S. Defense Secretary James Mattis visited Google headquarters in Mountain View, California, and met with company executives to discuss the best ways to use AI, cloud computing and cybersecurity for the Pentagon.

Google executive Milo Medin, and former Alphabet Executive Chairman Eric Schmidt are on the Defense Innovation Board, an independent federal committee, and advised the Pentagon on data analysis and potential cloud-based solutions.

At a meeting in July, the board recommended that the Defense Department look at ways "to take the vast data that exists in the enterprise and turn it into something that is actionable."

Every piece of data should be stored somewhere no matter what the structure is, because we can always go back and discover the structure and use it in an appropriate way, Schmidt said, according to minutes of the meeting. He remains a technical adviser to Alphabet.

Every fighter plane or destroyer that returns from a mission or deployment and doesn’t provide data it collected represents a loss of capability in machine learning and training that is forever lost, Medin said, according to the meeting minutes.