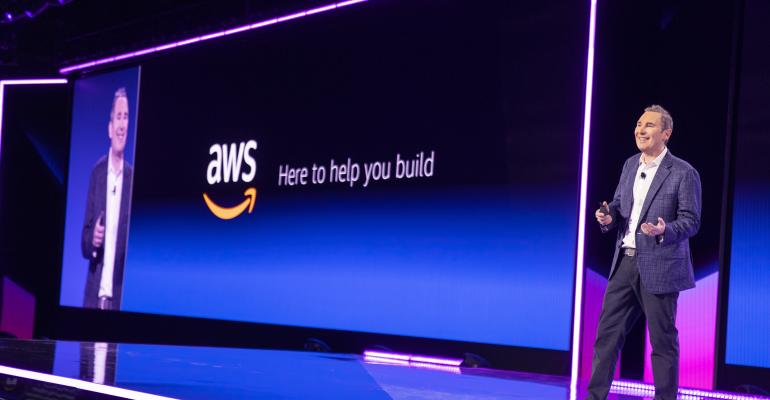 AWS announcements came at a rapid-fire pace during re:Invent, but this first-time attendee and VP of product helps us decipher which ones may be worth more attention.

AWS announcements came fast and furious during the last week of November when Amazon’s cloud business held its annual conference in Las Vegas. AWS re:Invent served as a launchpad for new offerings, including a new custom machine learning inference chip to take on Intel and a satellite data service, with many more to come in 2019.

Christian Kleinerman, VP of product at Snowflake, attended re:Invent for the first time this year, though he is no stranger to the industry, having worked in various roles at Microsoft and Google. In an interview with ITPro Today, Kleinerman shared his reflections on re:Invent as a first-time attendee, and which AWS announcements he thinks customers should keep a close eye on as we race towards 2019.

With tens of thousands of attendees and events and exhibit space spread across multiple buildings in Las Vegas, Kleinerman said re:Invent “didn’t disappoint in terms of the scale and magnitude of production.” He also said that he appreciated AWS CEO Andy Jassy’s keynote emphasis on AWS having the “right tool for the right job” but the stream of AWS announcements was possibly a bit much for the average customer to process.

“Choice is good. But at some point, it may be an overwhelming amount of choice and it puts a little bit of a high cognitive burden on customers to make sense out of the very vast array of products that Amazon is putting out. At a high level I think it’s a very good and comprehensive suite of products, but I don’t know that the average customer can make easy sense of everything there,” Kleinerman said.

Snowflake, a data warehouse product built for the cloud and AWS partner, was founded by several ex-Oracle database folks, so we had to ask Kleinerman about the subtle jabs to Oracle during Jassy’s keynote.

“Amazon has always been the more customer-focused company and the fact that they came out swinging a little bit against Oracle and Microsoft was interesting to me,” Kleinerman said.

Of course, being head of product at a database company, Kleinerman was most interested on the database-related AWS announcements, particularly the transactional database side, including the introduction of Amazon DynamoDB support for transactions.

“On the transactional side, I think they had a good story,” he said. “There’s many use cases around transactional databases and how you run your operation and run your website or run your financial accounting, and then there’s analytics.”

The analytics side was barely touched on by AWS, only one or two minutes in Amazon CTO’s Werner Vogel’s keynote, he said. “My reading is that they don’t have the architecture purity on the analytics side that they had and talked a lot about on the transactional side.”

Analytics, he said, is where Snowflake shines. Its single solution brings together all data, so users can avoid data silos, and offers self-service access to any business user, democratizing data analytics, its website claims.

“Amazon is a great infrastructure partner for us, most of our customers are planning on slowly going on AWS,” he said.

Most of the AWS announcements during re:Invent were geared towards making it easier for customers to embrace public cloud or try cloud for new use-cases, such as blockchain with its Amazon Quantum Ledger Database (QLDB) announcement. The fully managed ledger database provides an immutable and cryptographically verifiable transaction log owned by a central trusted authority, AWS says.

“I think they did what they do best, which is pick a common use case and make that easy as opposed to take some generic piece of technology that few people comprehend and then let them figure it out,” he said. “I think it’s a very good step because it’s customer driven and facilitates a common use case. I think the jury is still out on many other use cases for blockchain.”

Like blockchain, machine learning has a lot of hype from enterprises, and was top of mind for attendees that Kleinerman spoke to.

But Kleinerman said that among all of the AWS announcements, re:Invent attendees seemed most interested in Outposts, a fully managed compute and storage rack that allows customers to run AWS cloud services inside their own data center on hardware designed by AWS.

“There was a lot of speculation on what would run on those hubs,” he said, referencing the cloud services that may run on Outposts. “If you get the entire AWS cloud suite it’s a different value proposition than if it’s just compute services.” So far AWS has confirmed that at its launch next year, Outposts will support Amazon EC2 and Amazon EBS. It is set to reach general availability in the second half of 2019.

There was also speculation among re:Invent attendees whether Outposts is an acknowledgement from AWS of a broader trend, or if its primary purpose is to act as a stepping stone to get people into the Amazon cloud.